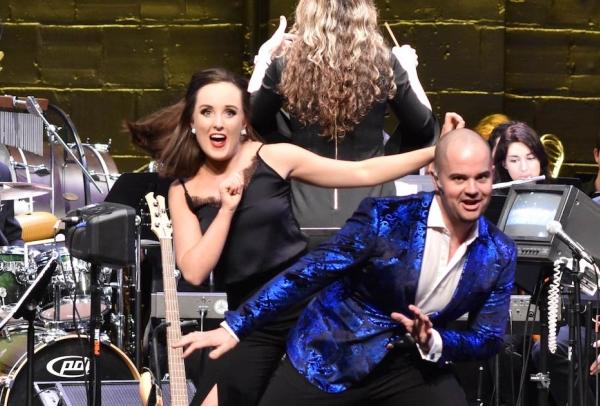 The NYU Broadway Orchestra offers an unparalleled experience for the next generation of Broadway musicians. Led by music director Ted Sperling, artistic advisor John Miller, and co-directors of the NYU Orchestras, Stephanie Baer and Jonathan Haas, the NYU Broadway Orchestra is intended to strengthen and support the vast and rich performance opportunities that exist on Broadway.

The NYU Broadway Orchestra is comprised of students who have a deep interest in and are fully committed to mastering the skills necessary to be successful working in pit orchestras, stage productions, opera, and similar opportunities. Students will have the opportunity to thoroughly and systematically study and perform theatre repertoire from nineteenth century operettas, to icons of the 1950s, to contemporary pop and rock shows, and everything in between.

A variety of skill sets will be studied in depth, including Broadway production preparation, sight reading (using past Broadway books as material), recording skills, the business of Broadway, chamber and large ensemble performance, technology on Broadway, Broadway theater history, and more. The creation of this ensemble is fully supported by the Broadway Percussion summer program, as well as the newly formed Broadway Strings and Broadway Woodwinds seminars.

The NYU Broadway Orchestra presents an unmatched opportunity for guidance and mentorship, working with legendary Broadway music directors, conductors, and performers, and provides the ideal environment for students to study, learn, and flourish in the world of Broadway.

Students will be selected by their program directors, based on their auditions for NYUO¹ and NYUO².

Weekly rehearsals will take place Thursdays, 10:30 a.m. - 1:30 p.m. in the NYU Steinhardt Penthouse. In addition, many rehearsals and performances will take place weekday evenings as well as on weekends. Students should check their availability for all hours on the detailed schedule provided to them in advance of the semester.