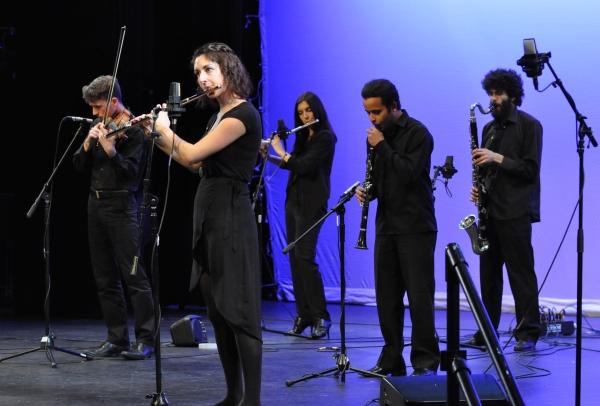 The NYU New Music Ensemble, artistic director Esther Lamneck, is recognized for the promotion and performance of contemporary music, using electronic music genres, which include fixed media works to live processing and interactive computer works. Performers in the ensemble include musicians who play traditional, ethnic, and electronic instruments. The ensemble has premiered works throughout the United States and in festivals in Hungary, France, Yugoslavia, and Italy. In addition to their regular concert series at the Frederick Loewe Theatre, the New Music Ensemble has made guest appearances at the American Festival of Microtonal Music, the Center for Women in Music at NYU, Merkin Concert Hall, Weill Hall, and major universities throughout the United States.

String, Woodwind, Brass, and Percussion Performance Majors will be invited to join NYU’s New Music Ensembles based on their fall-semester orchestral/chamber auditions.