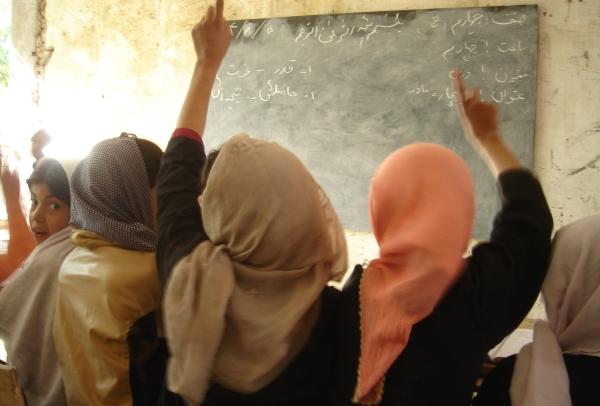 Education in Afghanistan: How to Move Forward

Amid Afghanistan's significant humanitarian crisis, the Taliban continue to ban secondary education for girls in most provinces across the country. As the US and other governments contemplate if and how to engage with the Taliban to protect and support the 37m+ population, it is essential that they understand what Afghans themselves think of the Taliban’s edicts, particularly with regard to girls’ education.

On December 2nd, 2021, NYU Steinhardt, the Afghanistan General Consulate of New York, and NYU Wagner brought together a panel of experts to discuss how to support education for all Afghans in the context of the current social, political, and economic crisis.

Key Points From the Panelists

Afghanistan’s children, especially girls, are on the line.

“[Before the Taliban takeover] we were facing a revolutionary demand for access to education in Afghanistan. Millions of girls and boys wanted to attend schools or universities. The government had many challenges to respond to all those large demands." (Zelgai Sajad)

Education of girls emerged as a marker of advancement and progress and a sign of hope over the last twenty years in Afghanistan. Toward the end of this period, nine million children and youth were attending formal government schools, approximately 40% of them girls. Afghan girls made significant gains in science and sports, for example, achieving the highest scores on the final exams and winning international recognition for the Afghan girls' robotic team. Since the August 15th takeover, the Taliban are depriving over two million girls their right to education.

“A majority [of rural parents] support girls’ education…We specifically asked if our respondents would support formal schooling for girls—understood as “worldly education,” not only religious education. The resounding answer was yes.” (Dana Burde)

Afghan parents—even in conservative rural areas—regard girls’ education as crucial for their advancement and success in the modern world. With US and Afghan colleagues, Dana Burde collected data from thousands of families living in rural villages across the country, including the most prominent ethnic groups. Upwards of 95% said that girls’ education was a priority. Although the percentages declined when asked about older girls, still a majority supported girls’ education through at least high school (57%). And a large minority said that young women should ideally continue education through university (40%).

Education in Afghanistan is critical to the protection of human rights, especially for girls. Since schools shut down, families in crisis have had to make “negative choices” (Jordan Naidoo), which has led to an increase in child marriages, child labor and domestic violence.

HOW TO MOVE FORWARD

“If we want to stabilize Afghanistan, if we want to prevent radicalization, we have to look at education as a key element that has to be supported” (Rina Amiri)

The international community must negotiate with the Taliban, locally and centrally, while maintaining sight of key priorities.

“The Taliban themselves are not uniform on the policy and at the end of the day it's the girls who are suffering.” (Pashtana Durrani)

Although the Taliban control the existing education infrastructure, it is absolutely necessary that the international community leverage and build upon the decades of support and growth in the education system. Former Minister of Education Mirwais Balkhi concluded by calling all international partners to revive their dedication to education, building on their prior contribution and collaboration with the Ministry of Education.

“Foreign officials must continue to pressure the Taliban to reinstate girls’ and young women’s access to education immediately and at all levels… Compromising with Taliban efforts to limit girls’ education, or to restrict it only to a narrow version of religious education, runs contrary to such goals.” (Dana Burde)

Yet in negotiation the international community must not lose sight of the great need and basic human rights. Girls’ education must be a priority. Panelists agreed that the fragmentation of the Taliban can be “exploited and taken advantage [of] on a very pragmatic level to extend education throughout the country” (Rina Amiri).

“How can we continue to support education financially, technically, and in other ways so that we do not face a system that is collapsing?" (Jordan Naidoo)

The political calculations of engaging with the Taliban must not get in the way of providing financial support to educators and education. Rina Amiri cited efforts underway: “Right now there are good minds that have some solutions and ideas that they're putting forward to the donor community, to potentially use ARTF and other international organizations and NGOs, to be able to provide salaries for teachers and get the education system going."

“There are more than millions of educators right now in Afghanistan [who] can teach in Pashto, Dari, Uzbeki, and Turkman, in every other language that they need.” (Pashtana Durrani)

Education support must be multi-pronged.

“It would be better to go independently [in] every region of the country, because different packages, different alternatives work in different areas of Afghanistan.” (Mirwais Balkhi)

There are major regional differences across Afghanistan, and education cannot be fit into a single model.  Panelists discussed the following approaches to be included: