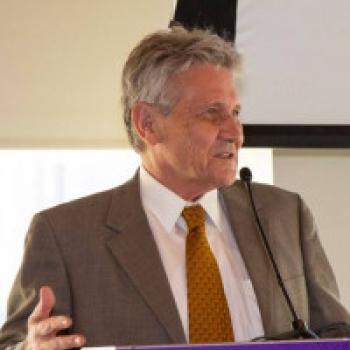 James W. Fraser, Professor of History and Education at the Steinhardt School of Culture, Education, and Human Development at New York University, holds a joint appointment in the department of Applied Statistics, Social Science, and Humanities and the department of Teaching and Learning and also an affiliate appointment in the Department of History in the Faculty of Arts & Science. Fraser’s teaching and research is motivated by his concern with the challenges facing future Social Studies and History teachers who must find ways of engaging sometimes bored students with American and world history and his interest in the role of religion in American education. His most recent book is the fourth edition of The School in the United States: A Documentary History (Routledge, 2019). He has also recently published, By the People: A History of the United States (Pearson, 2019) which is designed to help make high school US History courses more lively, with a focus on the agency of everyday Americans of many different communities, times, and places. Fraser and Lauren Lefty have published Teaching Teachers: Changing Paths and Enduring Debates (Johns Hopkins University Press, 2018), a history of the last four decades of debates about teacher education in the United States. Fraser’s work also reflects his concern with complex debates about the place of religion in public schools, especially in the United States, but also internationally. He has written Between Church and State: Religion and Public Education in a Multicultural America(second edition, Johns Hopkins University Press, 2016). Fraser was the president of the History of Education Society for 2013-2014. He has served on the Editorial Board of the History of Education Quarterly, and Religion and Education and as the NYU liaison to New Design High School, a public high school in New York’s Lower East Side, and to Facing History and Ourselves. Since 2015 he has been chair of the department of Applied Statistics, Social Science, and Humanities at NYU Steinhardt.

From 2008 to 2012, Fraser was the Senior Vice President for Programs at the Woodrow Wilson National Fellowship Foundation in Princeton, New Jersey, where he coordinated the different Fellowship programs and led the launch of the Foundation’s Fellowships for Teachers. Now back to full-time teaching at NYU, he remains a senior advisor to the Foundation and chair of the advisory committee for the foundation's Academy. Fraser was the founding dean of Northeastern University’s School of Education, serving from 1999 to 2004. He was a member and chair of the Commonwealth of Massachusetts Education Deans Council, the Boston School Committee Nominating Committee, and other boards. He was also a lecturer in the Program in Religion and Secondary Education at the Harvard University Divinity School from 1997 to 2004. He has taught at Lesley University, the University of Massachusetts, Boston, Boston University, and Public School 76, Manhattan. He is an ordained minister in the United Church of Christ and was pastor of Grace Church in East Boston, Massachusetts, from 1986 to 2006 and is now a member of Judson Memorial Church in Greenwich Village, New York.

Fraser has four adult children and six grandchildren. He and his wife, Katherine Hanson, and their dog Pebble live in New York City.

Introduction to US Education

This course introduces students to the central themes, issues, and controversies in American education. What is the purpose of 'school"? How did schools begin, in the United States, and how have they evolved across time? How do children learn? How are they different from each other, and why and when should that matter? How should we teach them? and how should we structure schools and classrooms to promote learning? Liberal Arts Core/CORE Equivalent - satisfies the requirement for Society and Social Sciences

Religion and Education in a Global Context

The purpose of this course on religion and public education in an international context is for us to engage together in a critical analysis of what continues to be an important contemporary issue. The seminar is designed especially for students preparing for careers in teaching - in both public and private/religious schools, educational administration, educational research, or other professions which will involve them in the ongoing public debates about the uneasy relationship of religion and public education in the United States and other countries. The course will examine these issues historically and in terms of current policy debates and students will be asked to make connections to their own educational practice. Liberal Arts Core/CORE Equivalent - satisfies the requirement for Context and Cultures.

The American School: A History