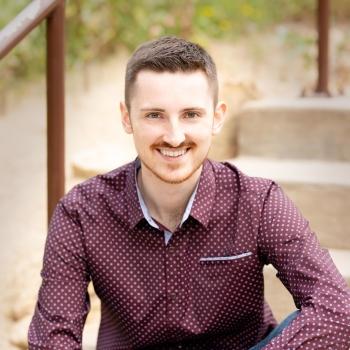 Hunter Hanson is a composer and performer based in New York City whose musical interests span concert works, film and video game scores, songwriting, and music production and technology. He received his bachelor’s in music composition with a minor in music technology from Northwestern University where he studied with Juan Campoverde, Jay Alan Yim, Hans Thomalla, and Chris Mercer. At Northwestern he received the Presser Undergraduate Scholar Award for the Bienen School of Music. He went on to receive his master’s in Screen Scoring at NYU Steinhardt where he studied with Paul Chihara, Mark Suozzo, Chris Hajian, and Irwin Fisch. While studying at NYU, he was awarded the NYUO1 Orchestra residency. Hanson is now an adjunct professor and administrator in the Screen Scoring program at NYU Steinhardt.

Hanson’s concert music includes collaborations with ensembles such as The Fonema Consort, The Crossing, and Bearthoven, an NYC-based new music trio for whom he composed “Decision Fatigue” (“Merit Award” - Tribeca New Music). His scores often combine live electronics and instrumental performance, frequently searching for interplay between pop and classical idioms. In 2019, he arranged music for the VISION ensemble, a string trio whose mission is to perform music and raise awareness for refugee and immigrant communities around the world.

He also sound designs and scores films and video games, experimenting with new sounds to discover distinct palettes. One such project is the horror feature Dead Tongues which won “Best Feature Film” at the Portland H.P. Lovecraft Film Festival. Hanson is a founding member of the band Gregular in which he writes material and performs guitar, violin, and vocals. Gregular released their debut album, The Body, in 2018.