Who Waged the Very First "War on Christmas"?

Long before the Grinch stole Christmas or “Bah! Humbug!” captured Scrooge’s bitterness, the Puritans sought to put a permanent end to Yuletide merriment.

For them, the acts of toasting (especially with alcohol), gift giving, and even neighborly caroling had no place in honoring the birth of Jesus Christ.

Why were the Puritans so opposed to these celebrations? In short, it came down to scripture and a Protestant desire to scrub Christian life of Catholic influence. If it wasn’t referenced in the bible, it shouldn’t be observed. And because many of the seventeenth-century Christmas traditions in question had ties to both Roman Catholicism and to an older pagan winter solstice festival, the Puritans said they had to go. Christmas celebrations in England ended up being outlawed for thirteen years, and across the Atlantic, similar practices were deemed illegal for more than two decades in the Massachusetts Bay Colony, marking America’s very first “War on Christmas.”

NYU News spoke to Visiting Associate Professor Charles Ludington, a food and cultural historian specializing in British and Irish history in the seventeenth and eighteenth centuries, for insight into the evolution of the modern holiday and how two authors played an outsized role in both sentimentalizing and monetizing the “Christmas spirit” we’ve come to know.

How did Christmas celebrations of the past differ from those of today?

That’s a great question, because many people assume that Christmas traditions are as old as Christianity itself, but gift-giving, for example, is a relatively recent Christmas invention within the history of Christianity. It is sometimes attributed to Martin Luther, the man who started the Protestant Reformation, who sought to end the gift-giving celebration of St. Nicholas’s Day and transfer the focus to Christmas and Jesus. But the custom of giving small gifts – often baked goods, roasted meat, or candy – to friends and family on Christmas day did not extend much beyond Lutheran Northern Europe until the mid-nineteenth century. In the English-speaking world, this custom began to pick up when Prince Albert of Saxe-Coburg and Gotha, a German and a Lutheran, arrived in Great Britain in 1840 to marry Queen Victoria. Along with establishing gift giving as an obligatory Christmas practice within his family, Albert also introduced the British to the Christmas tree, which gradually replaced the more traditional English Yule log as the required Christmas decor in the English-speaking world.

But note that both the Yule log and the Christmas tree are both of pagan origin, and they’re both meant to symbolize everlasting light and life, which is an important spiritual idea, but also an existential desire when the days are getting shorter and you really don’t know for certain if the sun will ever come back and the seasonal cycle will recommence. Logs that burn for days, trees that don’t lose their green color… these are symbols of hope in a world that’s getting darker.

What were some of the Christmas traditions that the Puritans found particularly offensive?

Essentially, the Puritans – which is what the Plymouth Pilgrims were – wanted to “purify” the Anglican Church of its Roman Catholic vestiges, and in particular, things that could not be found in the Bible. Christmas was outlawed because it was never mentioned in scripture. In fact, the Christian celebration of Christmas was invented by Romans as a way to co-opt and tame the raucous pagan holiday of Saturnalia, which was itself essentially a celebration of the days getting longer after the winter solstice. Candle-lighting, caroling, and wassailing – toasting and drinking to someone’s health, repeatedly – were all common practices that survived the transition from Saturnalia to Christmas.

So, when Puritans looked at Christmastide, all twelve days from Christmas until Epiphany, they saw nothing but Papist idolatry. In 1647, the radically Puritan English Parliament outlawed Christmas services and the celebrations that went along with them; seven years prior, the Calvinist Presbyterians who ran the church in Scotland, and who were Puritan in all but name, had banned these things as well. Across the Atlantic, the Puritan settlers in Massachusetts had long done their best to prevent Christmas services and celebrations, and in 1659 the Massachusetts Bay Colony made such practices officially illegal. So, there you have it, radical Protestants fought an actual war on Christmas, and for some time it looked like they won.

When did the oppression of Christmas celebrations end, and what led to the Christmas traditions that so many Americans currently practice?

In England, Christmas celebrations were restored along with the monarchy and the Anglican Church in 1660, but the Massachusetts ban on Christmas wasn’t repealed until 1681. Nevertheless, Christmas remained an unpopular “Popish” holiday throughout colonial New England. Indeed, even in the early years of the American republic, Christmas was almost exclusively celebrated by Anglicans – that is, Episcopalians – as well as Methodists, Lutherans, and Catholics. Regionally, Southern states, which were mostly Anglican and Methodist, celebrated it more than Northern ones. But throughout the United States, self-proclaimed “Bible-based” Christians avoided it as best they could for much of the nineteenth century. In fact, Christmas did not become a federal holiday until 1870, but many Congregationalists, Presbyterians, Baptists, and obscure sects continued to shun Christmas on principle.

In terms of current Christmas traditions, the “spirit of Christmas” really came to us from England, because despite our origins as a country, we have a long history of Anglophilia, and in the mid-nineteenth century it was perhaps best exemplified by the popularity of the writers Washington Irving and Charles Dickens. Irving was America’s first best-selling author and is now most famous as the author of short story, “The Legend of Sleepy Hollow;” however, the vast majority of stories from his most popular collection, The Sketch Book of Geoffrey Crayon, Gent., are set in England. Of the thirty-four stories in the book, no fewer than five express Irving’s fondness for a “traditional” English Christmas, in other words, the type of Christmas celebration he witnessed among the English gentry in the early-nineteenth century. Irving’s depiction of Christmas as a celebration of gentle paternalism and social harmony in The Sketch Book was in turn one of many influences upon his friend, Charles Dickens, whose books were widely pirated and read in the United States.

For Dickens, Christmas was a celebration of domesticity and the nuclear family, which he, like many early Victorians in Britain and America, saw as the bulwark of stability, warmth, and love against the cold indifference of the marketplace. This is essentially the moral of A Christmas Carol. What else are the Cratchits if not Dickens’s ideal, loving family and the one he wished he'd had? And what is Ebenezer Scrooge if not the embodiment of callous capitalism? It is Christmas, and all that it symbolizes for Dickens, that eventually transforms Scrooge from a stingy taskmaster into a warm and generous patriarch. But Dickens’s argument that there are or at least should be higher values than profit-maximization was hardly a blow to commercial capitalism. After all, how does Scrooge respond to his own spiritual self-awakening? By giving gifts, of course! So, while Dickens’s idea of Christmas is a rebuke to the values of the marketplace, it simultaneously helped to lay the foundation for making Christmas the most commercial of all Christian holidays.

The American Civil War sent American manufacturing into overdrive, producing and consuming manufactured goods like never before. In this environment, the American retail industry could hardly fail to see the opportunity to profit by taking Dickens’s belief that the joy of Christmas is found in giving small gifts to family, especially children, and expanding it into the belief that the joy of Christmas is found in buying and giving gifts to family and friends of all ages. Add to this the fact that by 1890 every US state or territory had made Christmas a holiday, and shopping for gifts now had a “season” with a clear denouement.

So, while the English via Irving and Dickens were largely responsible for inventing the sentimental aspects of modern Christmas, it was American retailers who gave us “Christmas Parades,” “Christmas Sales,” and all the anticipation of the “Big Day.” Not surprisingly, it was retailers who also invented so many “traditional” American Christmas icons and images, including Santa’s image as a portly, white-haired, white man or Rudolph the red-nosed reindeer.

When did the idea of a "War on Christmas" as we currently know it begin, and why has it endured?

The “War on Christmas” as we currently know it began in the 1920s by the automaker Henry Ford, who reacted angrily to Jewish organizations that had the gall, in Ford’s belief, to ask that the Establishment Clause of the Constitution be enforced by disallowing Bible readings and Christmas pageants in public schools, a common practice at the time. The forces of the Depression and World War II silenced the “War on Christmas” for a generation, but the “war” recommenced in the 1950s when the John Birch Society accused Communists – and the United Nations – of conspiring to secularize Christmas for the purpose of socializing America. And most recently it was Fox News’s Bill O’Reilly who perpetuated the idea of the “War on Christmas,” declaring the situation an emergency in 2004, and repeating the claim every Christmas season right up through December 2016 when he shouted that the war was over and used Donald Trump’s election as proof.

But quite clearly, the “War on Christmas” is not over, because the grievance that caused the whole idea to be invented is still very much with us. If you examine the historical pattern, the “War on Christmas” emerges every time White Christian nationalists fear that their hold on American society is slipping, whether to Jews, Communists, Blacks, Hispanics, secular liberals, or any other group that strives for the cultural equality of all Americans, regardless of ethnicity or creed. So, the “War on Christmas” is a meme. It’s a political cudgel that is itself real, but there is no evidence that anyone in the United States has actually tried to abolish the celebration of Christmas except, perhaps, in their own home. But, as we’ve discussed, there was once a real war on Christmas, and ironically, it was perpetrated by sanctimonious Christians. 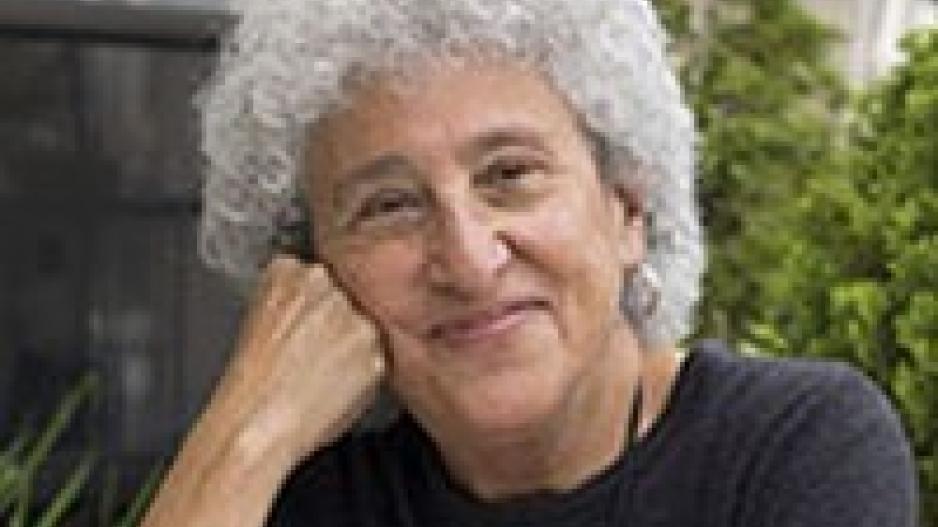 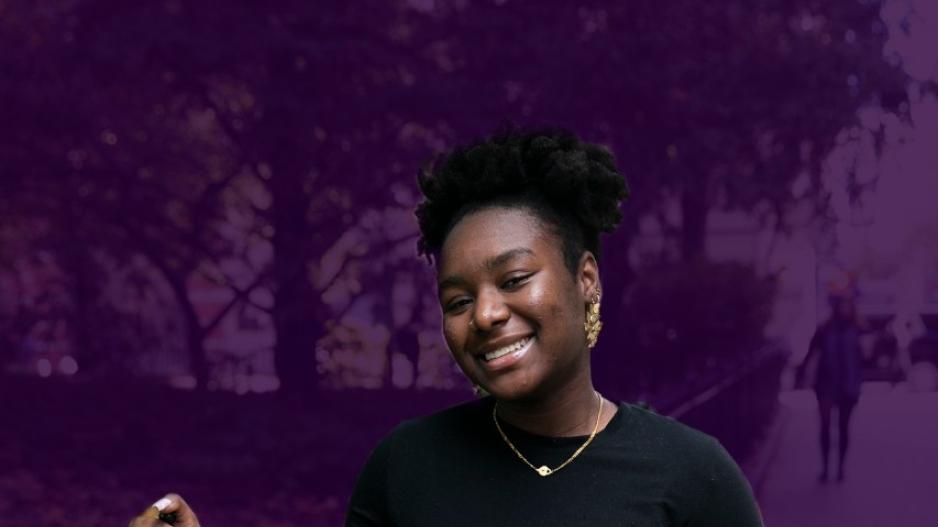 Health inequities revealed by the pandemic inspired an aspiring cook to pursue a career in nutrition. 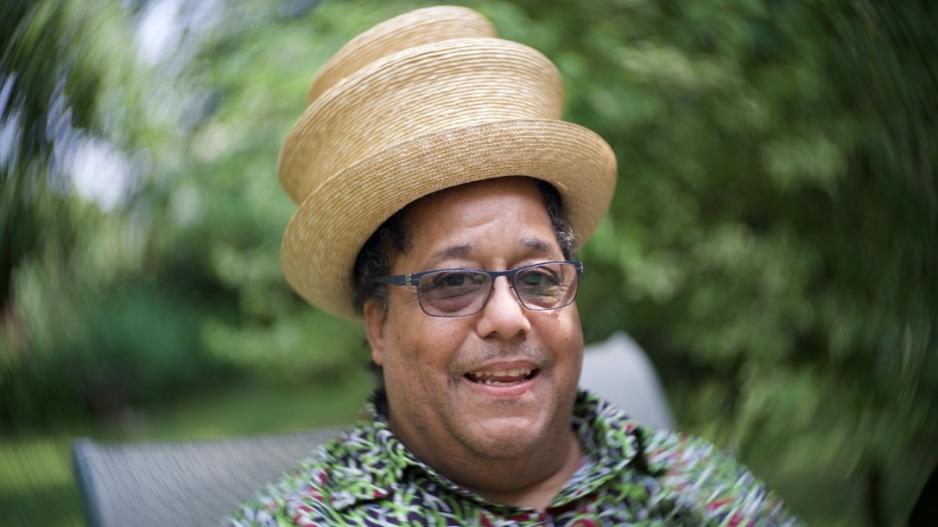 A Passion for Cooking and Food Studies: A Conversation with Scott Alves Barton (PhD '16)

Scott Alves Barton (PhD '16) spent a career working as a chef, then turned his attention to food studies. 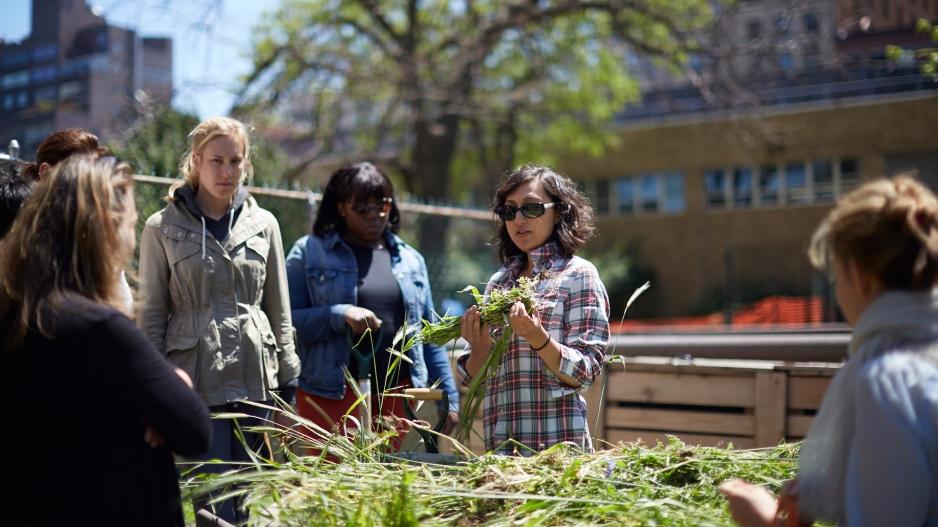