A Passion for Cooking and Food Studies: A Conversation with Scott Alves Barton (PhD '16)

Chef Scott Alves Barton turned to food studies as a way to gain insight into questions of cultural heritage.

Scott Alves Barton holds a doctorate in food studies from NYU Steinhardt. This fall, he will join the University of Notre Dame as Assistant Professor of Food Studies & Cultural Anthropology in the Department of Africana Studies. An executive chef and culinary educator, he has been named by Ebony magazine as one of the top 25 African American/Diaspora chefs. Scott's research and focuses on women’s knowledge, the intersection of secular and sacred cuisine as a marker of identity politics, cultural heritage, political resistance, and self-determination in northeastern Brazil. Recent book chapters include “Radical Moves from the Margins: Enslaved Entertainments as Harvest Celebration in Northeastern Brazil,” in The Body Questions: Celebrating Flamenco’s Tangled Roots (Cambridge Scholars Publishing, 2022) and “Food and Faith,” in Bryant Terry’s Black Food: Stories, Art, and Recipes from the African Diaspora (4 Color Books, 2022).

We spoke to him about his passion for cooking and his scholarly pursuits. 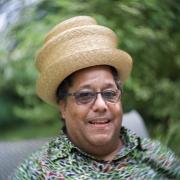 I use storytelling, legends and folklore, photography, and videography as tools of engagement."

You earned an undergraduate degree in the arts. Can you tell us about your journey from artist to food scholar?

Historically many sons follow their fathers by working in the same guild and evolving a trade or business as, for example, "Barton & Son." I graduated from Washington University in St. Louis with a BFA, in the footsteps of my father, Clifford, whose first career was as a jeweler and jewelry designer.

Yet, I was also influenced by my mother, who from about two/three years of age, brought me, and my older brother, Craig, into the kitchen as an alternate play center. This enabled her to watch us as she prepared our family’s meals, and taught us to  us to enjoy cooking, as well as eating, Sylvia, my mom aspired to be a chef. She lived in the era when a woman --  and a Black woman at that -- would not be allowed in a professional kitchen. She earned her first degrees in nutrition and dietetics and worked in alcohol rehabilitation centers.

As teens, my brother and I took turns cooking dinner or cleaning the kitchen since both of our parents worked. Mom taught me recipe development, cost accounting, and culinary cultural history. I actually designed and executed six course degustation menus for my teen friends for less than $10/each with a film (35 mm, projector included as a library rental) projected in our backyard on a sheet. Later, I put those "entrepreneurial" skills to use, contributing to my college tuition, room and board working as a waiter and restaurant manager.

When I was offered a job as a cook, I shifted gears and bartered a culinary education as a work exchange at Peter Kump’s Cooking School (now the Institute for Culinary Education)."

When did cooking change from an avocation into a true vocation?

I moved to New York City after graduation and worked with Stephen Allendorf, and Sean Gilson, two new, young jewelry artisans in Soho. At that time, I was designing and producing models for costume jewelry, apprenticing at Cartier as an engraver, and paying the rent as a waiter. When I was offered a job as a cook, I shifted gears and bartered a culinary education as a work exchange at Peter Kump’s Cooking School, (now the Institute for Culinary Education). This led to restaurant and bakery apprenticeships in France. I returned to New York City to open TomCat Bakery with my college buddy, Noel Comess, and then a couple of years later, after working with him at Odeon, I was hired by Patrick Clark, to be the chef de cuisine at Metro Restaurant near the old Whitney Museum space. During the first Bush recession, I left New York for a decade and returned at the end of the 90s to open a restaurant in Harlem with Drew Nieporent’s restaurant group, Myriad, and later with Gray Kunz; neither project was realized. By then 25 years into a career as a chef, I began looking for alternative projects. I joined the Southern Foodways Alliance, wanting to understand African Diaspora foodways, and was elected to their board.

My experience as a resident fellow at Fundação Sacatar, Itaparica Island, Bahia de Todos os Santos clarified for me that I had been following my mother’s dreams for decades. I understood, then, that  opening independent restaurants or larger food service operations in the new W Hotel chain, or creating curriculum in early childhood culinary education for Kidville USA, were not as satisfying as studying culinary cultural and African Diaspora heritage foodways. I applied to NYU from Brazil, took GREs upon my return three months later, and switched careers in middle age.

(P.S. My mother, Sylvia, landed as an early childhood special education teacher, so, as a career changer, pursuing higher education, I once again stood in her shoes!)

What happened during your time in Brazil that convinced you that you needed to take a deep dive into food studies and what question did you decide to pursue in your doctoral studies?

During my first week as a resident fellow at Fundação Sacatar, I received my first popcorn bath. The ritual involved Brazilian Candomblé initiatives rubbing popcorn all over my face, head, and body, then lightly brushing a bouquet of sacred herbs on me while intoning prayers in Yoruba.

That simple free service of brotherhood in a colonial public square brought me back to my mother's incursions to teach Craig and me about other people's cultures through the foods that they ate and held dear. And, concurrently addressed my nascent questions that had arisen in Southern Foodways Alliance discussions regarding African Diaspora contributions to U.S. southern cookery. What if some of the lacuna had to do with food that was potentially both secular and sacred?

This question became the foundation of my doctoral research. I realized in Brazil, that as the child of educators, and as a chef, I too had always been teaching daily as I stewarded professional kitchens. Whenever I could demonstrate technique, and undergird the practice, by deconstructing theories of why __X__act, yields _Y__result, it did seem that everyone's cognitive understanding was enhanced through critical thinking. Sometimes, in graduate school, having had so many years between my bachelor’s and doctoral work, it felt like all I had to offer was my skill set as a chef.

I struggled to contextualize how the sacred and the secular can provide access to knowledge, while also allowing me to embrace theoretical constructs as a scholar of foodways and cookery. For this reason, my coursework had a great deal of anthropology, documentary filmmaking, as well as history and cultural studies. I used those tools to better define and delineate what I saw in my research, as well as the historical antecedents that sustain the cultural practices at play. Ultimately, I find myself working through questions of ethnocentric biases versus cultural relativism, cultural appropriation, and the politics of identity as seen in women's work, women's knowledge, enskilled knowledge and intergenerational teaching and learning. Another question my research asks is: how can you see me, when I am all too frequently invisible in plain sight as an exponent of the African Diaspora, who for centuries has been construed as object, and not subject?

Learning and unlearning informs my pedagogy, you can see this in my recent exhibition, Buried in the Heart: A Repast for Angels and Martyrs, at Linden Sculpture Garden, Milwaukee.

What are some essential tools that every chef should have besides cooking utensils?

I use storytelling, legends and folklore, photography, and videography as tools of engagement. As part of my doctoral work, I enrolled in Faye Ginsburg’s Culture and Media advanced certificate program which teaches the history and mechanics of making cultural documentary films in collaboration with Film and Performance Studies departments at Tisch.

In a saucepan heat water with cinnamon sticks, cloves, and star anise to boil. Simmer 5 minutes. Remove from heat and add the sugar and the dried hibiscus leaves. Let the flowers steep for 10- 15 minutes. Strain and discard solids. Add the citrus zest, mint and [optional] orange flower water. Cool to room temperature. Chill. When ready to serve, pour this base into a pitcher or punchbowl. Add the diced reserved watermelon, citrus wheels and half-moons, and mint leaves. Pour into serving glasses, adding optional rum, if desired, mint sprigs, and ice. Stir to blend. 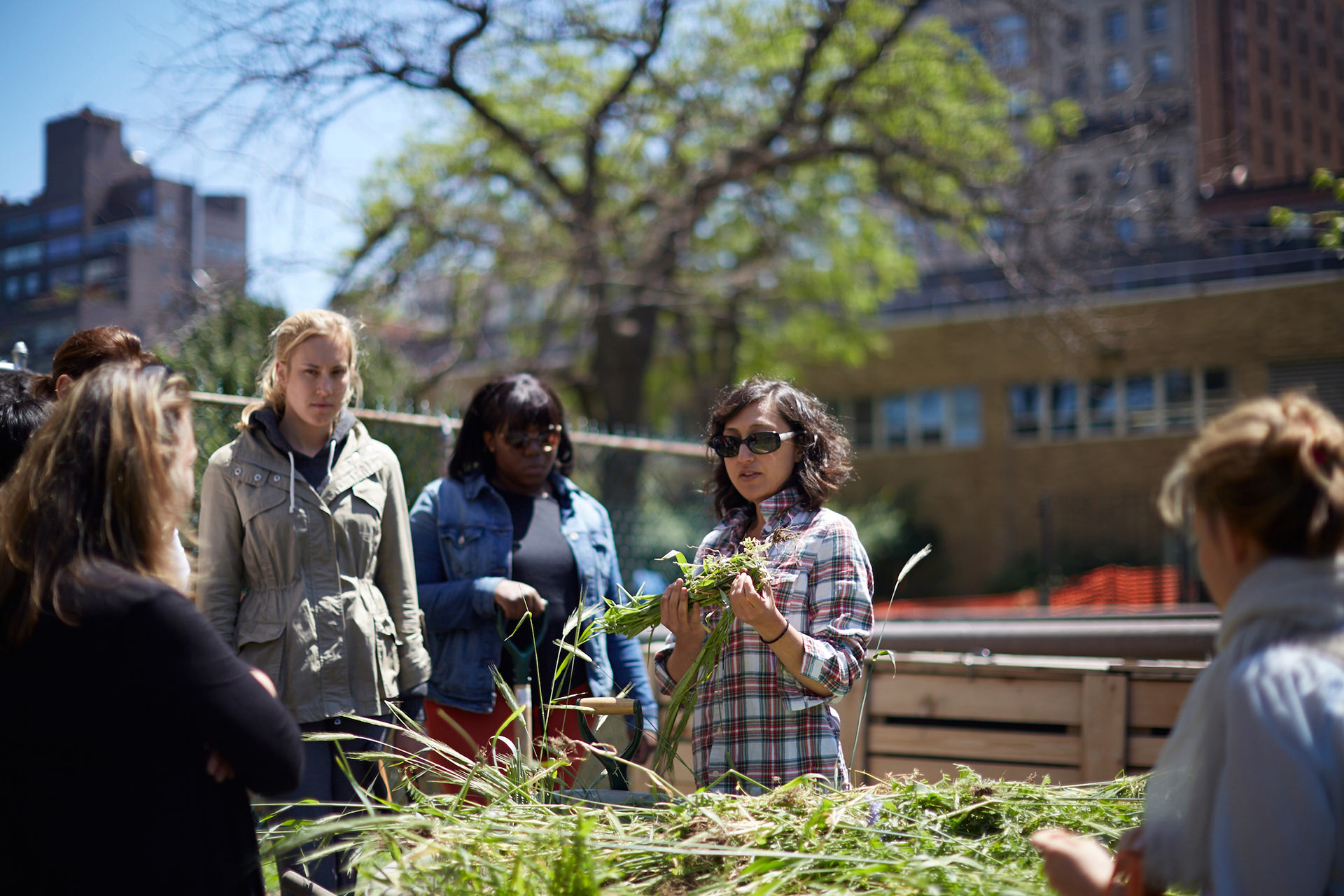