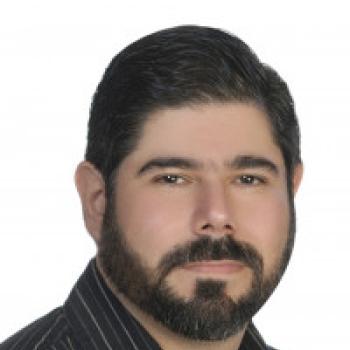 Xavier Ochoa is Assistant Professor of Learning Analytics in the Department of Administration, Leadership, and Technology of the Steinhardt School of Culture, Education, and Human Development. He is also a member of the Learning Analytics Research Network (LEARN) at NYU. Xavier holds a Ph.D. in Computer Science from the University of Leuven (Belgium), an M.Sc. in Applied Computer Science Sciences from the Vrije Universiteit Brussels (Belgium) and a B.S. in Computer Science from Escuela Superior Politécnica del Litoral (Ecuador).

Since the start of his research career, Xavier has been working at the convergence point of Education and Technology. His initial work on quantitative analysis and modeling of the production, finding, consumption and reuse of digital learning materials was the first time that a large-scale, in-the-wild study was attempted in the subject. This work conducted his research into the nascent field of Learning Analytics where he was invited as a keynote of the first Learning Analytics and Knowledge conference (LAK). Xavier has been an active researcher in this field, currently being an Editor-in-Chief of the Journal of Learning Analytics and Vice-president of the Society for Learning Analytics Research (SoLAR). His most recent research interests involve the use of Learning Analytics in physical spaces through multimodal analysis of recordings of learning traces and the improvement of program design using evidence obtained from large amounts of historical academic data.

Xavier Ochoa previously was Principal Professor at the Escuela Superior Politécnica del Litoral (ESPOL) in Ecuador where he directed the Information Technology Center (CTI) and the Teaching and Learning Technology (TEA) research group. He is also a founding member and long-time president of the Latin American Community on Learning Technologies (LACLO). He has also received the Best Researcher Award (2012) and Best Professor Award (2013) at ESPOL and the 5-year best Researcher in Computer Science by the Institute of Electrical and Electronics Engineers (IEEE) in Ecuador (2014). He has also received several Best Paper Awards at international conferences, including LAK.