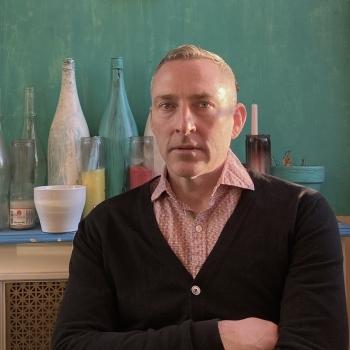 Tim O’Keefe is a composer and audio artist with specialties in electronic music production and performance, film scoring, sound design, and audio storytelling. Scoring highlights include State of Surveillance (VICE on HBO), Ai Weiwei Introduces “Turn It On_ China on Film”, Tales of Our Times (Guggenheim Museum), and Raw Craft with Anthony Bourdain. Films and installations that he has scored have premiered at Cannes, Venice, Sundance, Gagosian Gallery, PACE Gallery, MoMA, and MOCA.

Tim has written & produced music with a diverse range of artists including founding member of Cluster and electronic music pioneer Hans-Joachim Roedelius, famed Motown music icon Smokey Robinson, and bassist Andy Rourke of the UK’s legendary band The Smiths. He was the film editor of a number of music videos that premiered in Rolling Stone, VICE, Interview Magazine, and Paper Magazine including REM's That Someone Is You and for his past side music + film project, Daddy - Let Me Get What I Want.

Tim co-founded Freedom Beat, a social justice organization focused on the role of music in global nonviolent civil resistance movements. Through short form documentaries, Freedom Beat highlights significant international music artists and the nonviolent movements they are associated with. His
interest in nonviolent civil resistance led him to be invited to participate in the Fletcher Summer Institute for the Advanced Study of Nonviolent Conflict at the Fletcher School of Law and Diplomacy. His films have been screened at the United States Institute of Peace in Washington, D.C., and at Sweden's Urban Voices Festival.

Tim's creative interests span many mediums including music, sound, podcast, film, and code-based interactive art. He has been teaching a graduate level course on digital media art installation in New York University’s Integrated Design & Media since 2019. He is particularly interested in social impact driven projects at the intersection of art, politics, and technology. He received his MFA in Digital+Media from Rhode Island School of Design in 2012.