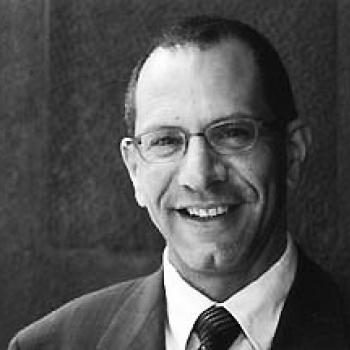 Ted Magder is the Special Advisor for Strategy, Innovation and Policy and an associate professor in the Department of Media, Culture and Communication in the Steinhardt School of Culture, Education and Human Development.

From 2015 to 2019, Magder served as the school's Vice Dean for Academic Affairs overseeing the full academic life cycle of undergraduate and graduate programs at the Washington Square campus in New York City, NYU Global and study abroad campuses, as well as online and hybrid programs.

In 2019, he embarked on a special project to support the advancement of teaching and learning with the school and across the university.

Magder has been honored with teaching awards from the Steinhardt School of Culture, Education and Human Development and York University in Toronto, Canada. In 2012 he was one of six recipients of NYU's University Distinguished Teaching Award.

Magder's scholarship focuses on the legal and regulatory regimes that influence the flow of both media and culture across borders.

Past publications have examined the origins of international agreements and global media, the UNESCO Convention on the Protection and Promotion of Diversity in Cultural Expressions, online gambling and the World Trade Organization, and the principles of world communication. He is also the author of Canada’s Hollywood: Feature Films and the Canadian State, and Franchising the Candy Store; Split-Run Magazines and a New International Regime for Trade in Culture.

Magder was a visiting scholar at the University of Amsterdam’s School of Communication Research in 2003. In 2001, he was the Malim Harding Visiting Professor in the Department of Political Science at the University of Toronto. Magder was the special academic advisor to the UN World Television Conference in 1999 and 2000.

Detailed examination of the business models and economic traits in a variety of media industries including film and television, cable and satellite, book and magazine publishing, gaming and the Internet. Emphasis on historical trends and current strategies in both domestic and global markets.

A veritable buzzword globalization refers to several newly emerged trends. To name the three most visible ones these are the economy, culture and politics. Media do not only describe and interpret globalization but also are its important part. A study of globalization is inherently diverse and eclectic. So is this course. Students will read, watch, analyze and discuss. In class discussions and writings they are expected to engage questions connected to globalization, culture and the media. Through a series of lectures and discussions the course explores how the process of globalization transforms the media and examines the impact of new technologies on global communications. Emphasizing the transnational context of media and culture the course approaches global media and cultural production from a wide range of theoretical frameworks relevant to contemporary condition.

The Craft of Teaching

This course focuses on the practices of teaching, and the creation of critical learning environments that have a sustained and substantial impact on how students think, act, and feel. Together, we will explore the fundamentals of course management, strategies for student engagement, and tools for self-assessment and course evaluation. It is designed primarily for new instructors of record and teaching assistants. Students who complete this course will have a better understanding of how and when teaching works.