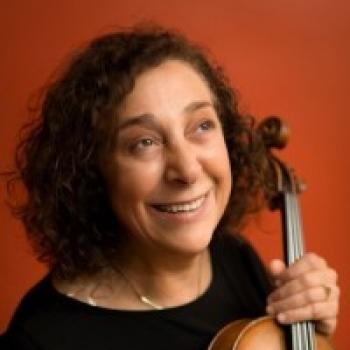 Stephanie Baer, Director of String Studies, Professor of Viola and Professor of Chamber Music at NYU, has been an active member of the New York musical community for many years. A widely experienced chamber musiciain, Ms. Baer has toured extensively throughout Europe, Asia and Africa. She is presently a member of the "Metamorphosis" Piano Quartet. Ms. Baer has toured throughout the United States as a member of the Arioso Ensemble, has been principal violist and chamber soloist at the Carmel Bach Festival where she performed on Baroque and modern viola, and has performed at the Mostly Mozart, the Monadnock and the White Mountains Festivals.

Ms. Baer is a former member of "New Music Today" and has been a guest artist with The Group for Contemporary Music, the Steve Reich Ensemble and "Meet the Moderns". She has recorded with such artists as Philip Glass, John Adams, Steve Reich and The Modern Jazz Quartet. Ms. Baer is currently principal violist for the Broadway show "The Phantom of the Opera", is a member of the Orchestra of St. Luke's, the Mostly Mozart Festival Orchestra and the New York Chamber Symphony. She is a former principal violist of the New Jersey Symphony and has performed with Orpheus, the New York City Ballet, the New York City Opera, the Brooklyn Philharmonic and many other ensembles in the New York area. Ms. Baer has been on the faculties of Bard College, Vassar College and the Conservatory of Music of Brooklyn College. Ms. Baer holds B.M. and M.M. degrees from the Mannes College of Music and a Diploma of Honor from the Academia Chigiana, Siena, Italy. She is also a recipient of the prestigious C.B. Jackson Master's Award for Musical Excellence from the Berkshire Music Festival, Tanglewood. Her teachers include William Primrose, Dorothy Delay, Michael Tree, Bruno Giuranna, Joyce Robbins, Karen Tuttle and Karen Ritscher. She has coached chamber music with members of the Juilliard and Guarneri Quartets as well as with Felix Galimir.