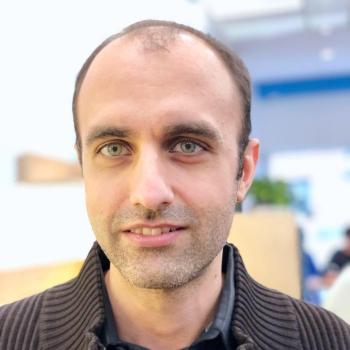 Sergi Casanelles completed his Ph.D. in Film Music in 2015. His research focuses on how technology is utilized in music for the screen, and how using technology influences the aesthetics of screen music. He is especially interested in how technology serves to expand the timbral possibilities of music and new methodologies for analyzing music from a timbral perspective. In his dissertation, he defined the Hyperorchestra as a virtual ensemble that transcends reality through technology.

He has written concert music for piano, chamber ensembles, orchestra, electronics, as well as music for the screen. He has also worked as an orchestrator. He won the COM Radio Tutto Award for his solo piano piece Postlude to Chopin’s F minor Fantasy, and the III Orchestral Composition Competition Evaristo Fernández Blanco for his work From Hell: 4 scenes of Dante’s Divine Comedy. This premiere of this piece was awarded by the Spanish PRO SGAE as one of the top premieres of the year. During his time as an NYU student, his orchestral work Masques was part of the NYU Orchestra Composer residency program.

MPATC-UE 1248 - Composing for film and multimedia

The Organ in Interstellar's soundtrack: a case study for analyzing the role of timbre in Contemporary screen music. Music and the Moving Image Conference (2016). [Conference Presentation]

Ph.D. Thesis: The Hyperorchestra: A Study of a Virtual Ensemble in Film Music that Transcends Reality (2015)