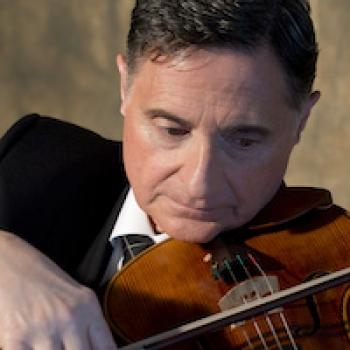 Violist Ronald Carbone has had a diverse musical life encompassing chamber music, orchestral and solo performances, as well as recording. He has been Principal Violist of the American Ballet Theatre Orchestra and an Associate Member of the Metropolitan Opera Orchestra. Presently, Mr. Carbone is a member of the Orchestra of St. Luke’s, the founder and music director of the Canaan Chamber Music Festival, violist in the Omni Piano Quartet and the Grammy-nominated New York Piano Quartet, and a frequent guest violist with Spectrum Concerts in Berlin, Germany. He has been a member of the Composer’s String Quartet, the Portsmouth Chamber Ensemble, the Lexington Trio, and the Griffes String Quartet. Mr. Carbone has been on the faculties of Vassar College and Smith College. Additionally, he has recorded for many record labels including Naxos, CRI, Albany, Reference-Records, and Urlicht Audiovisual Label. He has been the recipient of the Martha Baird Rockefeller Grant for Music Award and has been awarded two Artists International Awards. He was a member of the Atlanta Symphony Orchestra, has performed extensively with The New York Philharmonic, and was Assistant Principal Violist of the Barcelona City Orchestra. Mr. Carbone received his master’s degree from Yale School of Music.