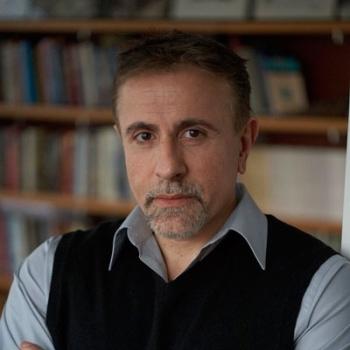 Dr. Halkitis is a highly funded scientist with expertise in biobeheavioral, psychological, and public health research. Dr. Halkitis also has presented extensively throughout the world to large academic and non-academic audiences, including on television and radio, and is available for interviews, lectures and speaking series on all subjects relating to the health issues affecting gay men of all ages including HIV/AIDS, substance use, and mental health. His latest book, The AIDS Generation: Stories of Survival and Resilience, published in Fall 2013, was nominated for Lambda Literary award and received The Distinguished Book Award the field of LGBT psychology from the American Psychological Association. www.perrynhalkitis.com @DrPNHalkitis

For two decades, my work has centered on improving the human condition. By focusing my research on issues of health, human behavior, and development, with a specific application to the domains of HIV/AIDS, drug abuse, and psychiatric, and psychosocial burdens, I have been able to address some of most important social and public health issues of our time. These areas of inquiry, while primarily rooted in the disciplines of psychology and public health, also cross and incorporate the domains of education and medicine. As such, I have developed a program of study at my research center, the Center for Health, Identity, Behavior & Prevention Studies (CHIBPS) guided by five main goals:

CHIBPS is program of the NYU Institute for Human Development and Social Change (IHDSC), and is a member organization of the NY HIV Centers Consortium and serve as a training site for a new genration of scholars in public heath, psychology, medicine, social work and other health-related disciplines.

At the onset of my career as a behavioral researcher, I was one of the lead investigators for the CDC-funded Seropositive Urban Men’s Study (Grant #U62/CCU213605) and Seropositive Urban Men’s Intervention Trial (Grant #UR3/CCU216471). In 1999, the American Psychological Foundation granted the Placek Award for my work on methamphetamine addiction. I have also served as a Co-investigator on a dozen other projects and am a research scientist and co-director of the TL1 pre-doctoral training program at the NYU Center for Translational Science Institute funded by the NIH (Grant # 1U54RR024386)

My book, Methamphetamine Addiction: Biological Foundations, Psychological Factors, and Social Consequenceswas published by APA in 2009 and is a comprehensive look at all aspects of this drug addiction. Current Reviews for Academic Libraries indicated: "This book is a well-written, well researched, and comprehensive review of the current methamphetamine epidemic that is ravaging the U.S....a timely, useful reference for any health and human services professional or student seeking insight into methamphetamine use and its impact on the users, their associates, and communities." I am currently completing, The AIDS Generation (Oxford University Press, 2013), which documents the life experiences and resilience of gay men who are long-term survivors of AIDS.

My new book The AIDS Generation: Stories of Survival and Resilience was published by Oxford University Press in 2013. More information about this book project can be seen in this interview and this editorial in Huffington Post, as well as on Facebook.

Author of over 170 peer-reviewed manuscripts, I am a fellow of The New York Academy of Medicine, The Society of Behavioral Medicine, and the American Psychological Association (Divisions 38, 44, 50, and 51).

I am affiliated investigator of both a member of the New York University Clinical and Translational Science Institute, the Center for Drug use and HIV Research at the NYU College of Nursing.

In 2013, I assumed the role of Editor in Chief for the journal Behavioral Medicine and currently serve on Board of Directors of GMHC.

You can also follow me and find our about future speaking engagement on Twitter @DrPNHalkitis and at my webpage.