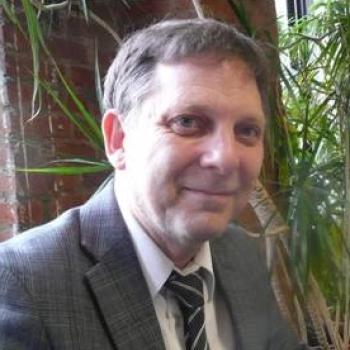 Dr. Batavia has authored over twenty-five publications including five books (one as a 2nd edition). His earlier books include The Wheelchair Evaluation: A Practical Guide (1998 Butterworth Heinemann; 2004 Korean Translation), a "nuts and bolts" textbook on wheelchair prescription and Clinical Research for Health Professionals: A user-friendly guide (2001, Butterworth Heinemann), an introduction to research/ scientific inquiry using metaphors to drive home challenging and often misunderstood concepts. In Spring 2002, Dr. Batavia received the Goddard Award to fund his research on testing functional rotation abilities in non-disabled adults and in persons with Parkinson's disease and in 2006, Batavia penned the comprehensive reference textbook Contraindications in Physical Rehabilitation: Doing No Harm, (2006, Saunders/ Elsevier Best Seller) aimed at informing practice and improving patient care by bringing variant physical rehabilitation safety guidelines/ concerns under "one roof."

In 2010, Dr. Batavia authored The Wheelchair Evaluation: a Clinician's Guide (Jones & Bartlett). In this second edition, he dedicated four new chapters to address timely prescriptive issues as funding for equipment becomes tighter and documentation comes under increasing Medicare scrutiny. He also created animation and video clips in an accompanying CD for the book to assist teachers and learners. (see sample).The textbook has been adopted for use in accredited continuing education.

Later, in August of that year, Dr. Batavia was invited to serve on the Editorial Board of the Journal of Neurologic Physical Therapy and in September of that year, he joined the Cochrane Collaboration, an international, not-for-profit, independent organization aimed at examining evidence for health care.  He serves as peer-reviewer refereeing for the Cochrane Injuries Group,  worked on a protocol for the Working Group, and is currently on a Cochrane Airways Group review. He is a Cochrane member.

In the academic year 15-16, Batavia embarked on a Memoir Project, co-authoring Wisdom From a Chair: Thirty Years of Quadriplegia, The Memoirs of Andrew I Batavia, which was published during the American's with Disabilities (ADA) 25th Anniversary year, describes the life of an international disability activist and scholar with high-level quadriplegia who wrote regulations for the ADA (title iii).(forewords by Former US Attorney General and former Governor of Pennsylvania Dick Thornburgh and Senator John McCain of Arizona). (The back story on the book can be found in the personal essay "a brother's memoir" which has received over one thousand views). His life story powerfully illustrates how modest accommodations at the workplace can lead to historic output in the US.

Dr. Batavia's broad research interests include evidence-based practice/risk guidelines, instrument development, augmented feedback, and wheelchair/seating positioning. His current focus is on systematic reviews/meta-analyses. In addition to his  teaching, research and administrative responsibilities, Dr. Batavia has served as a manuscript reviewer or referee for Perceptual Motor Skills, Butterworth Heinemann, the Neurology Section of the American Physical Therapy Association (JNPT) and the Cochrane Collaboration and has served as an item-writer for the Federation of State Boards of Physical Therapy (FSBPT)