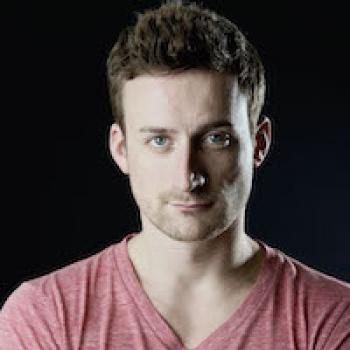 Maximilien Baud trained at the School of American Ballet for 10 years under the guidance of Peter Martins, Jock Soto, Peter Boal, Olga Kostritzky, and Andrei Kramarevsky. While a student, he performed with the NYC Ballet, and was part of the original cast of two world premieres: Organon by Elliot Feld and Scenes De Ballet by Tony Award-winning choreographer Christopher Wheeldon.

Mr. Baud began his professional career with the Carolina Ballet under Robert Weiss. There he worked with choreographers such as Lynne Taylor Corbett, Robert Weiss, Damian Woetzel, and Christopher Wheeldon. In 2005, Mr. Baud joined the Pennsylvania Ballet under the directorship of Roy Kaiser and performed principal roles in ballets by Jerome Robbins, Peter Martins, George Balanchine, and many more. In 2009, Mr. Baud had the opportunity to work on the Oscar-nominated film for best picture Black Swan by Darren Aronofsky. In 2010 Mr. Baud joined the national/international tour of Billy Elliot, the Musical, performing the role of Older Billy, and was nominated for a Helen Hayes Award for Best Supporting Performer in a Musical. He was in the ensemble of the national tour of Flashdance the Musical based on the iconic 80s film under the directorship of Tony Award-winning choreographer, Sergio Trujillo. Maximilien has reprised his role of Older Billy in regional productions of Billy Elliot with the MUNY, North Carolina Theater, and the North Shore Music Theater Company.

Mr. Baud, along with Matthew Prescott, are the co-directors and co-creators for the Joffrey Ballet School Musical Theater Summer Intensives in New York City and London. This year they are also debuting an all-new program, the Joffrey Las Vegas Summer Intensive. Together they run M Squared Talent LLC, which is a production company that produces the most up-to-date dance education in America. Mr. Baud also holds the position of co-artistic director and consulting producer for Joffrey Elite, which is a documentary series on YouTube’s AwesomnessTV that features a group of dancers from the Joffrey Ballet School Trainee Program.

Mr. Baud has had the opportunity to teach master classes at numerous dance studios around the world as well as coach the young Billies from Billy Elliot. Currently, he is on the staff at The Joffrey Ballet School and Ballet Academy East. While directing and teaching, Mr. Baud enjoys enriching the lives of dancers through discipline and a passion for the arts.