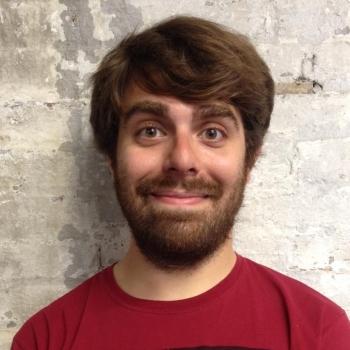 Mark Kleback is a creative technologist living in Brooklyn, NY. He has a BS in electrical engineering from Penn State University and an MPS from the Interactive Telecommunications Program at NYU. From 2009-2014 Mark was involved with the music venue and guitar pedal company Death By Audio, where he learned about boutique guitar pedal manufacturing.

In 2013, Mark began building custom arcade cabinets for local independent games and founded the nonprofit Death By Audio Arcade. As of 2020, there are over 30 custom games and interactive installations in the DBA Arcade collection.

In May of 2019, Mark and his wife Stephanie ran a successful Kickstarter campaign to open a new music venue and an art gallery called Wonderville located in Bushwick. Wonderville hosts the entire DBA Arcade collection, as well as live musical acts by local performers and DJs.