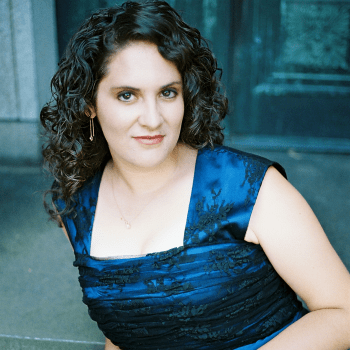 Laura Kay is a singer, teacher, and recitalist living in New York City. An advocate for the classics of the operatic canon and modern American opera alike, Laura has had the honor of playing some of the opera's favorite heroines and of premiering new works around the country. Role highlights include Violetta (La Traviata), Pamina (Die Zauberflöte), Miss Julie (Miss Julie), and The Queen of the Night (Die Zauberflöte). She has premiered roles in Victoria Bond's Mrs. President, Knable's The Magic Fish, Sirlin's The Shell, and many more. She has placed at top competitions around the country, including the Marie. E. Crump Vocal Competition, the Elaine Malbin Soprano Competition, The American Prize, and the Lyra International Vocal Competition, among others.

A supporter of modern American music, Laura has founded the American Voices concert series in Cleveland, OH, to connect singers with modern composers. She has made a name for herself as an avid recitalist with programs like Fact or Fiction: Women in History and Literature and From the Apple to the Oven: Controversial Women in History with the aim to bring opera to new audiences around New York.

As a teacher, Laura believes in creating an open learning environment for all and concentrates on helping her students find healthy, a sustainable vocal technique in all genres. Her students have performed at Carnegie Hall and Citi Field, in Broadway and off-Broadway productions, and on TV shows such as One Tree Hill.

Laura holds a bachelor of musical arts in vocal performance and contemporary American literature from Penn State University, a master of music in vocal performance from the Cleveland Institute of Music, and an advanced certificate in vocal pedagogy from NYU Steinhardt, where she was the recipient of the Award for Distinguished Contribution and Leadership in Vocal Pedagogy. She currently serves on the voice faculties of the Diller-Quaile School of Music and NYU Steinhardt.