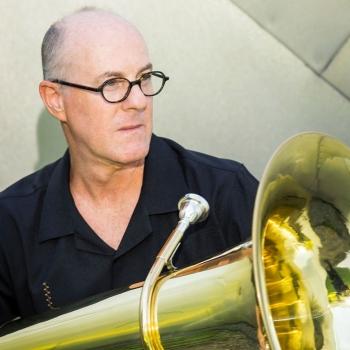 Kyle Turner has lived and freelanced in New York City for more than 35 years. He is currently principal tubist with the American Symphony Orchestra and the Orchestra of St. Luke’s. Mr. Turner performed and toured the world in over 500 concerts with the New York Philharmonic as acting interim principal from 2001 – 2004. Mr. Turner also concertized full time with the Saturday Brass Quintet for many years, which culminated in 1992 with winning the coveted Walter W. Naumburg chamber music prize.

Mr. Turner has played for many major motion picture soundtracks, radio and television commercials, and Live from Lincoln Center Broadcasts. He can also be heard on over 27 records, including his first solo recording, “Expressions: The Heart of the Tuba”.