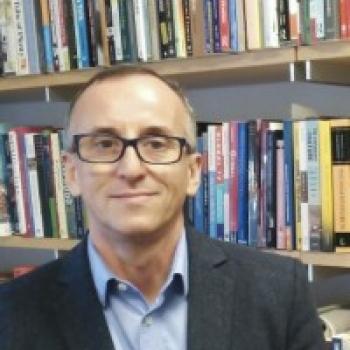 Juan's particularly interested in the intersection of Latin American transnational media corporate dynamics with the established mode of production of U.S. Latino media and the effects on Latinos' representations. His research interests are globalization, political economy, television studies and social and cultural practices. Currently, he is the U.S. coordinator of the Ibero-American Television Fiction Observatory (OBITEL) an international research project on television fiction. He has also contributed to an ongoing project about new technologies and media appropriation within disempowered communities in Austin, Texas project in which his particular interests lie in the immigrant Hispanic community's life trajectories and strategies of social mobility. Pinon's work experience dates back to the early eighties, when he first worked as a television producer in Mexico City, to become later on the Manager of Programming and Production at a regional television channel in Chihuahua, Mexico. His experience in academic institutions includes working as the Director of the Media Center at the Instituto Tecnolo y de Estudios Superiores de Monterrey, in Mexico City, where he was also Assistant Professor in the Department of Communication from 1994 to 2002. He holds a Ph. D. in Media Studies from the Department of Radio, Television and Film from the University of Texas at Austin, and a master degree in Communication Sciences from the Universidad Iberoamericana at Mexico, City.

This class examines the intersecting dynamics of media genres and geo-linguistic cultural markets in the configuration of global and regional media flows. It looks in particular at the way media genres travel and how their circulation raises issues about the cultural power of certain media narratives in specific historical, political and social conditions of consumption. We will examine the battle for national, regional, and global media markets as a struggle for the 'Slegitimate' cultural and political view of the world expressed through information (news), scientific discourse (documentaries), and popular culture (films, tele novels, reality television, music) to understand the complex global flow of television programs and films.

This course examines the production, representation and cultural meaning of Latino Media in the U.S. This class will provide a general survey of Latino media in the U.S. particular focuses on the cultures of production of Spanish and English language television, radio, film, advertising, newspapers, magazines and internet-based media.

The course examines the role of media in the lives and cultures of transnational immigrant communities. Using a comparative framework and readings drawn from interdisciplinary sources, the course explores how media practices and media representations define and enable new conceptions and practices of national belonging, identity and culture in the context of global migration.

Migration, Media, and The Global City

This course examines migration, mobility and the role of media and technology in redefining cultural borders and citizenship. We will discuss how the presence and representation of migrants and immigration reconfigure visions of national belonging. How are migrants imagined and surveilled in global urban contexts? How do media and technology enable the (re)imagining of transnational communities and cultural politics? Through discussions and lectures, students will engage with changing urban landscapes and emerging networks of migration.

Analyzes the global flow of media products, in particular the circulation of television and film in transnational contexts, at the intersection of political economy (economic, business, and institutional frameworks) with cultural economy (the cultural meanings of these television and film products). Focuses on case studies of the supranational regional players in some of the most important geo-linguistic world markets, where the tensions between global/transnational media flows and local interests are most evident, engaging with theoretical positions ranging from critiques of the homogenizing effects of globalization to those that affirm the changing power relations of counter-flows based on audience preferences.