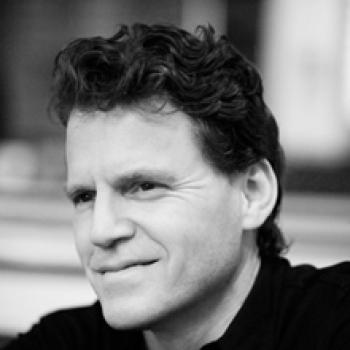 Two-time GRAMMY® winner Herschel Garfein is active as a composer, librettist and stage director. In 2012-13 he was the proud winner of an NYU Teaching Excellence Award. His recent work includes Mortality Mansions, a song-cycle written and performed in collaboration with the distinguished American poet Donald Hall, which premiered at the Heyman Center for the Humanities, Columbia University; and the libretto for Sister Carrie (with composer Robert Aldridge) which premiered in 2016 and is now available as a Naxos recording (“An important addition to the American operatic canon” (Opera News)). Previously, he wrote and directed My Coma Dreams, a collaboration with jazz pianist/composer Fred Hersch which has been seen in New York, San Francisco and Berlin and is available on DVD. (“Best of 2014” Boston Globe; “Brilliant...smart, honest and true” Downbeat). Upcoming: music and libretto for the operatic adaptation of Tom Stoppard’s postmodern classic Rosencrantz and Guildenstern Are Dead. When excerpts were performed at Fort Worth Opera “Frontiers” in 2014, the Wall Street Journal wrote, “composer-librettist Herschel Garfein set the diamond-bright dialogue of the Tom Stoppard play with clarity and wit, heightening the comedy through skillful ensemble writing and characterization.”

Garfein won his first GRAMMY® award in 2012, for Best Contemporary Classical Composition for his “wildly operatic libretto” (–BBC Music Magazine) for Aldridge’s Elmer Gantry in a performance by Florentine Opera, Milwaukee (Naxos). It was a Gramophone Editor’s Choice, 2011, and was chosen by Opera News as the #1 Opera Recording of the Year. Elmer Gantry was the subject of a front-page feature article in The New York Times Arts & Leisure section (“Behold! An Operatic Miracle” 1/20/08.) Garfein’s libretto was also featured in an Opera News cover article in August, 2008. Garfein won his second GRAMMY® award in 2016 as Producer of the critically-acclaimed Presidential Suite: eight variations on freedom by composer Ted Nash.

The Boston Globe has called Mr. Garfein “a triple-threat man. A strong composer, as we knew; a strong librettist, with a knack for the poetry of plain English, and a strong stage director.” And Time Out New York has said: “Garfein has all the makings of a post-millennial Carlisle Floyd. His music and themes are deeply American and rooted in the social mores of Gens X and Y.”

In 2017, Garfein directed and adapted the English dialogue for Mozart’s The Magic Flute at Eklund Opera, University of Colorado. His version was subsequently performed at The Seagle Colony, NY. Garfein’s previous music/theater credits include: the dance trilogy Mythologies for Mark Morris (Brooklyn Academy of Music / Theatre Royale de la Monnaie), the evening-length theater piece Sueños (Boston Musica Viva), and incidental music for Troilus and Cressida for Sir Peter Hall (Theater for a New Audience). His concert works include American Steel for the Alabama Symphony, a String Quartet for The Lark Quartet, and Places to Live for the Boston Classical Orchestra. Other libretti include Alzheimer’s Stories (for composer Robert S. Cohen) and Parables (for Robert Aldridge), an evening length symphonic oratorio on the subject of religious tolerance, available on video from Naxos (“Sophisticated… singular and moving” Opera News).

At NYU Steinhardt, Mr. Garfein teaches private lessons in Music Composition, and the graduate seminar in Script Analysis (for the Program in Vocal Performance). More at herschelgarfein.com