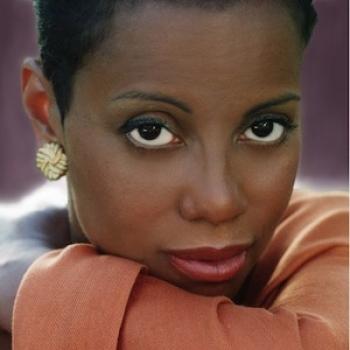 Soprano Harolyn Blackwell is recognized for her expressive and exuberant performances, with a career that has spanned opera, concert, and recital stages around the world. Following college, the Washington, D.C., native began her career on Broadway in Leonard Bernstein’s West Side Story. Shortly afterwards, she was selected as a finalist for the Metropolitan Opera National Council Auditions, and her career path changed from the musical theatre to opera. Since then, she has performed with many of the major national and international opera companies, and at festivals around the world, including Lyric Opera of Chicago, Glyndebourne Festival, Teatro Colon de Buenos Aires, Seattle Opera, Opera de Nice, Miami Opera, Canadian Opera Company, Aix-en-Provence Festival, Opera Orchestra of New York, and New York’s Mostly Mozart Festival.  She has appeared in several productions at the Metropolitan Opera, including Un Ballo in Maschera, Le Nozze di Figaro, Manon, Die Fledermaus, Werther,and La Fille du Régiment. Ms. Blackwell starred as Cunegonde in the Broadway revival of Candide. An accomplished recitalist, she has performed in several acclaimed concert series, including London’s Wigmore Hall, Carnegie Hall’s Weill Recital Hall, The Morgan Library, The Library of Congress, The San Francisco Performances Series at the Herbst Hall, The Kennedy Center's Fortas Chamber Series, The Vocal Arts Society of Washington, and The Ambassador Foundation Performing Arts Series in Los Angeles. She has also appeared in a number of nationally televised concerts such as  The Grammy Awards, The Kennedy Center Honors, The Memorial Day and Fourth of July Concerts on PBS, Christmas in Washington, and In Performance at The White House on PBS, to name a few. Ms. Blackwell is the recipient of numerous awards and honors, one of which provided her with the opportunity to study in Italy with Renata Tebaldi and Carlo Bergonzi.