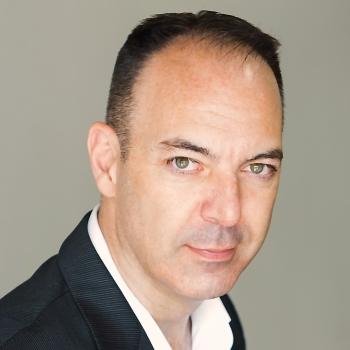 Grant Wenaus, born in Regina, Canada, joined the Department of Music and Performing Arts Professions at NYU Steinhardt in 2001 and has conducted NYU productions including The Magic Flute, L'enfant et les sortilèges, Dido and Aeneas, Orpheus in the Underworld, The Merry Widow, Ragtime, City of Angels, and The Light in the Piazza. Appointed as the director of Collaborative Piano in 2010, several of his collaborative students have gone on to careers as répétiteurs and conductors in opera houses around the country and as Broadway pianists and music directors. Equally comfortable with classical and musical theatre repertoire, Dr. Wenaus was a conductor for the University of Michigan Musical Theatre Program for three years (Of Thee I Sing, A Little Night Music, and Anything Goes) and the music director for the Interlochen Arts Camp and MPulse All-State Music Theatre Programs for seven summers.

Dr. Wenaus is a principal coach and assistant conductor at the Glimmerglass Festival working on productions such as Kiss Me, Kate, The Music Man (with Elizabeth Futral and Dwayne Croft), Camelot (starring Nathan Gunn and David Pittsinger), Sweeney Todd (Greer Grimsley and Luretta Bybee), and Candide (directed by Francesa Zambello). He returned in the summer of 2021 to work with Isabel Leonard and William Burden on a new version of Offenbach’s La Périchole with New Orleans jazz orchestrations. At Glimmerglass he has performed recitals with many other Metropolitan Opera stars such as Jay Hunter Morris, Anthony Roth Costanzo, Ryan McKinney, Peter Volpe, Marietta Simpson, and members of the Young American Artist program.

He performs with the acclaimed vocal trio The Mirror Visions Ensemble, accompanying a variety of newly commissioned and standard classical vocal works. Concerts in the 2021–2022 season take the ensemble to Paris, Scotland, Wales, and Canada and will include a new Tom Cipullo commission at Merkin Hall, New York City. In New York, Dr. Wenaus is the primary pianist for the New Voices Collective, a concert series for Broadway composers and performers at Symphony Space, where he works with such luminaries as John Kander, Jason Robert Brown, Andrew Lippa, Victoria Clark, Kate Baldwin, Rebecca Luker, Lauren Kennedy, and Brian D'Arcy James. Recent seasons at Symphony Space included his performing in: Broadway Premieres, The King & I – from Book to Stage to Film, and Wall-to-Wall Stephen Schwartz, working alongside the great Marni Nixon and accompanying Carolee Carmello. He has also performed at venues such as 54 Below, The Metropolitan Room, and Steinway Hall.

He has been on staff as a vocal coach and collaborative pianist for the Florence Voice Seminar, a summer opera program in Italy, alongside Benita Valente and Sally Wolf, and the UpNorth Vocal Institute, an opera "boot-camp" in northern Michigan. Very dedicated to art song, he maintains an active recital and masterclass schedule. With director Michael Rau, he conceived and performed in a seven-character staged version of Hugo Wolf's Italienisches Liederbuch and a similar production with 56 Brahms songs. Wenaus and Rau also worked together to stage such works as Bach's Coffee Cantata and Pauline Viardot's Cendrillon (with a new English version by Martha Collins, commissioned by NYU). He is also currently a lecturer, vocal coach, and music director at Montclair State University.

His work as a pianist is eclectic: He was the head of music for the Toledo Opera Outreach and Education program, played keyboards in the Broadway touring production of Grease, and performed aboard the Italian Costa Riviera Cruise Liner. A highlight of his performing career was playing alongside Martin Katz at Carnegie Hall with such singers as Sylvia McNair and Sanford Sylvan in a tribute to Isaac Stern. He also worked for two summers as an opera répétiteur for Seiji Ozawa at the Tanglewood Music Festival, participating in the 50th Anniversary of the American premiere production of Peter Grimes. The recipient of the Sir Ernest MacMillan Canadian National Endowment for Piano Accompanying, he also freelanced in Toronto for several years, working for the Canadian Opera Company, Tapestry New Opera Works, Opera Ontario, and The University of Toronto. Dr. Wenaus is a former student of Martin Katz, Menahem Pressler, and William Moore (student of famed teachers Rosina Lhevinne and Cecile Genhart).