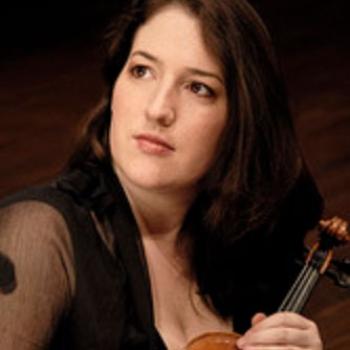 A highly sought-after pedagogue, violinist Elizabeth Faidley has been hailed as an “amazing and inspiring teacher” by the New York Times.  She is the recipient of the American String Teachers’ Association 2011 “Studio Teacher of the Year” award for the state of New Jersey. She has also been honored with multiple teaching awards, including ones from the Union City Symphony and the Korean Radio Broadcast Network. In addition to being on the faculty of the Pre-College Division of the Manhattan School of Music, she has a large private studio in the New York City metropolitan area where she teaches violin performance to aspiring players from ages 3 to 23. Her students have won national and international competitions and have performed in such great halls as Carnegie Hall, Alice Tully Hall, Merkin Concert Hall, and the White House. They are routinely accepted, with scholarships, to the world’s premier music conservatories including The Manhattan School of Music, New England Conservatory, the Juilliard School, Peabody Conservatory, Rice University, the Royal College of Music, and The Cleveland Institute.  Her students routinely perform with orchestras around the NYC area.  The NY Times described Ms. Faidley as “…fiercely yet compassionately committed to her students, to her colleagues, and to the art of music.”

Ms. Faidley became adjunct faculty at the Hartt School before the age of 30, reflecting her devotion to the art of violin pedagogy. She has also served on the college conservatory faculties of Montclair State University's Cali School of Music and Hunter College's School of Music.  She holds a Master of Music degree in violin performance and pedagogy from the Peabody Conservatory of Music and was inducted into the professional music fraternity, Pi Kappa Lambda, which honors integrity, superior music performance, and academic success.