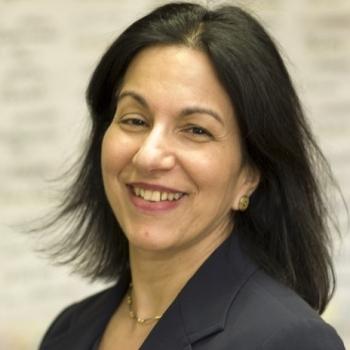 Elise Sobol, Ed.D. educator/pianist has made unique contributions to the field of teaching music to special learners. Author of "An Attitude and Approach for Teaching Music to Special Learners" (Pentland Press, USA . 2001, first edition, and MENC/Rowman & Littlefield Education, second edition, 2008, third edition, 2017), numerous journal articles, contributing author to city, state, and national education publications, she has received recognition for her work in music in special education. One of the National Honor Roll of "Outstanding American Teachers" Professor Sobol is included in distinguished biographical publications such as Marquis'  Who's Who in American Education, Who's Who in the World, Two Thousand Notable American Women, and the International Dictionary of Distinguished Leadership.

Professor Sobol has K-12 experience teaching from early childhood through high school in regular and special education settings. While teaching in public education, she also served  on the music education adjunct faculties of New York University’s Steinhardt School, Long Island University College of Arts, Communications and Design and Brooklyn Conservatory of Music, City University of New York,  Professor Sobol retired in June 2016 from teaching high school music for students with developmental disabilities including autism spectrum disorders at the Rosemary Kennedy School, Wantagh, Long Island.  Since 1993, she has been the New York State School Music Association (NYSSMA) Chairperson of Music for Special Learners acting as an important resource for educators not only state wide, but nationally too.  She additionally serves as Co-Chair of the Portfolio Community for the Regents Blue Ribbon Commission on the Arts helping to develop the 4 + 1 Arts Pathway.  Active as an international clinician, Professor Sobol has brought her interactive style of facilitative instruction to participants throughout the Americas, Europe, Australia, New Zealand, and Asia. Topics draw upon her extensive research and experience teaching students with social, emotional behavioral, developmental, and learning disabilities with titles such as "Building Bridges for Learning with Music", "Cultivating Cognition with Musical Interventions", "Reaching Higher with Music in Education", "Music for Milestones", " Anchor Standard #11, Context is Key for Students with ASD"  "From the Inside Out: Embedding Inclusion in Classroom and Ensemble Settings and "Music-Assisted P-12 Life Learning in Teache rEducation Preparation Programs."

A three-time Grammy nominated Music Educator, Dr. Sobol was named 2016 Education Update, Professor of the Year and 2016 Honoree for the Music Educators Association of New York City. Designated by the New York State Education Department as 2015 New York State Teacher of the Year Finalist, in all her professional activities, she continues her advocacy to serve the underserved. “Every child should and can have school success. It is up to us as teachers to find out how the child learns best and then to adapt instructional strategies accordingly to optimize his/her potential. Let us join together in this common hymn, to make a difference in the lives of our children in our state, nation and world.”  Further honors include the  2018 Albert Nelson Marquis' Lifetime Achievement Award, the 2012 New York State School Music Association Distinguished Service Award, the 2004 Ernest Kay International Foundation Award), the 2003 Certificate of service in recognition of continuing contributions to Music Education at New York University,  citations from the Town Board of Oyster Bay, The New York State Assembly, nomination for the New York State "Women of Distinction" Program, the Very Special Arts Award of Honor, appearances on channel 12 News and NewsDay's Long Island Life Winners column.  Active professionally as a pianist, Elise Sobol has appeared as speaker/performer in New York City, Boston, Washington, D.C., San Francisco, Chicago, Dublin, Lisbon, Portugal, Melbourne, Australia, New Zealand, Oranjestad, Aruba, in both Cambridge and Oxford, England and recently made her debut in Amsterdam, The Netherlands. In 2007, Elise Sobol was re-engaged by the Melbourne Musicians Chamber Orchestra, Melbourne, Australia for the world premiere performance of the Walter Skolnick Piano Concerto composed for and dedicated to her.  With specialized performance and theory studies at both the Mannes College of Music and the Juilliard School, Professor Sobol earned her Bachelor of Arts from the New School and her Master of Arts in Music and Music Education from Teacher College, Columbia University and her Doctorate in Education in Instructional Leadership and Curriculum Design from St. John’s University, New York.

On faculty in the Department of Music and the Performing Arts Professions since 2000, teaching music in special education courses and serving as a thesis mentor; in Fall 2017 she was brought on full time in the Department of Music Education in the Music Licensure programs as Department Coordinator for Field Observations and Student Teaching, Continuing Education in Music (C.E. M.) community outreach program, and Senior and Graduate Music Education Advisor.   In Fall 2018, she was appointed the Director of Music Education, overseeing undergraduate through doctoral programs.   Office hours by appointment. Email contact: elise.sobol@nyu.edu.