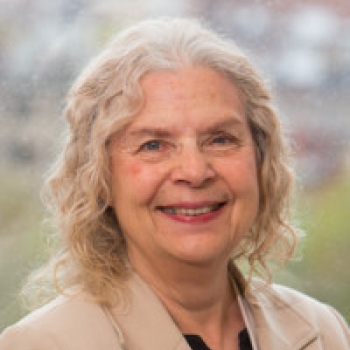 Professor Diana Van Lancker Sidtis, Ph.D., CCC/SLP, has undergraduate degrees from the University of Wisconsin and graduate degrees from the University of Chicago and Brown University. Additional predoctoral work was performed in the Phonetics Laboratory at the University of California at Los Angeles and she was an NIH Postdoctoral Fellow at Northwestern University in Evanston, IL from 1977-1980. She earned her Speech Pathology Certification at California State University in Los Angeles in 1988. She has taught at St. Olaf College, UCLA, the University of Minnesota, Carleton College, and Antioch University. Her previous academic position was at the University of Southern California Medical School, Department of Neurology, where she performed clinical service, teaching, and research in speech pathology and neurolinguistics from 1991-99. She was Chief of Audiology and Speech Pathology at the VA Outpatient Clinic in Los Angeles until 1999 and Chair of the Department of Speech Pathology and Audiology at NYU from 1999-2002. She is a member of the American Speech-Language and Hearing Association, the Academy of Aphasia, and the Acoustical Society of America. Dr. Sidtis is Acting Director of the Internal Faculty Advisory Committee for the proposed Rehabilitation Sciences PhD Program in the Steinhardt School.

RESEARCH IN PROGRESS. In the Brain and Behavior Laboratory at the NYU-affiliated Nathan Kline Institute for Psychiatric Research, in collaboration with laboratory director John Sidtis, projects include speech and language changes in Parkinson's disease, focusing on subjects who have undergone deep brain stimulation for movement disorders. Other projects include formulaic language in followling brain dysfunction, including Alzheimers disease and schizophrenia. Dr. Sidtis performs studies in voice in normal and disordered speech.

This course provides a forum for the presentation of research by eminent researchers in the field of communication sciences and disorders and related disciplines. Students and professional participants are invited to comment, ask questions, and engage in an array of topics in basic science as well as clinical areas. Research papers will be read in advance to prepare for upcoming colloquia. Students in the course will develop their writing skills and learn to formally and concisely write papers about research in CSD.

This course focuses on the etiology, neuroanatomy, and symptoms of common neurological disorders and their associated motor speech problems. Types of dysarthria and apraxia of speech are compared to establish a foundation for differential diagnosis. A hypotheses-based context for assessment and treatment is used to form hierarchies and estimate prognosis. We will use a patient-centered and evidence-based practice framework to discuss the impact of multicultural and psychosocial factors on the patient's participation in rehabilitation.

The course provides a comprehensive, interdisciplinary overview of the multifaceted role that vocal expression plays in everyday communication.Familiar voice recognition, perception of emotion, attitude and personality, and interactions between speech and voice perception are described from sociological, psychological, physiological, and neurological perspectives. Evolutionary biology, cultural differences, singing, and uses in media and courtroom are discussed. Clinical studies examine self-awareness of vocal expression and the influence of vocal quality on personal identity. Voice as communication vehicle for speaker and listener is fully explored.