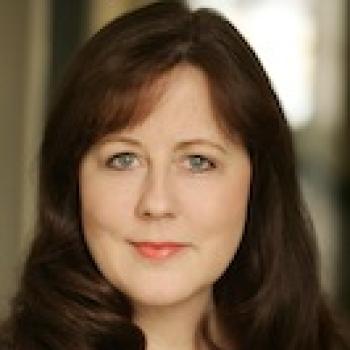 Christine Reimer has been on the faculty of the Steinhardt School at New York University since 2004. As a coach and collaborative pianist, she works with both the classical voice and musical theater departments coaching private students as well as accompanying/music directing opera workshop and song analysis classes.   Her NYU credits include music director/assistant director for their productions of Oh, What a Lovely War (2014), Floyd Collins (2007), opera workshop (since 2011), the Summer Classical Voice Intensive (since 2013), and the Summer Musical Theater Intensive (since 2008) - including one summer at the campus in Florence, Italy. In the New York area, Ms. Reimer has also worked as a pianist/music director with the Brooklyn Youth Chorus, New York Metro Vocal Artists, Brooklyn Repertory Opera, the Brooklyn Montessori School, and with the TADA! Youth Theater outreach program.

Originally from California, Ms. Reimer graduated from San Francisco State University with a degree in Piano Performance.  She stayed on at SFSU for 10 years as an accompanist/assistant music director for their opera productions, recitals, juries, voice studios, and choral programs.  In the Bay Area, she was in demand as an accompanist and assistant music director for several of their community opera/musical theater companies including Marin Civic Light Opera, Marin Opera, and Good Company Players.

Also a professional singer, Ms. Reimer has over 25 years of performing experience.  She has sung 30 different roles with opera companies in both New York and San Francisco, and her career has taken her to festivals and productions in Ireland, Italy, Austria and Switzerland.  Highlights include her International debut in Ireland as “Madame Dufresne” in the Wexford Opera Company’s production of Leoncavallo’s Zaza, appearing as a featured soloist in Graz, Austria, with the Graz Festival Orchestra and performing in a Broadway revue for 3 months in Interlaken, Switzerland.