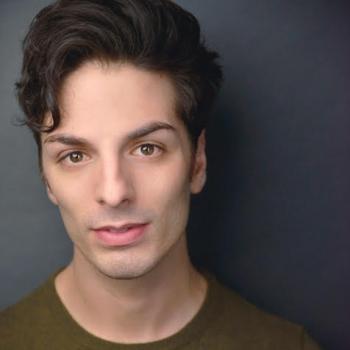 Chris Citera is an NYC-based actor, singer, and voice teacher. As a performer he has appeared in concert at Feinstein’s/54 Below, (le) poisson rouge, The Metropolitan Room, and The Astor Room. He graduated from Ithaca College summa cum laude with a bachelor of music degree in voice and acting, a specialized degree requiring advanced coursework in acting technique, literature, and movement in addition to the complete curriculum required to receive a vocal performance degree. As an actor, he has trained extensively at the Michael Howard Studios and The Barrow Group. He received his master of arts degree in vocal pedagogy and music education from Teachers College, Columbia University. Additionally, he holds a Distinguished Voice Professional Certificate through the New York Singing Teachers Association (NYSTA) for successful completion of their professional development coursework. He is currently pursuing an advanced master of education (EdM) from Teachers College in music and music education with a focus in adult education and educational leadership.

In addition to maintaining a private studio of professional singers, Chris had taught on faculty in the BFA Musical Theater programs at CAP21/Molloy College and the University of Texas at Arlington, as well as the music program at Teachers College, Columbia University. From 2018–2021 Chris also served as the assistant director of the Singers’ Workshops @ Teachers College, a group designed to help young singers build confidence and vocal technique as they navigate their developing voices to prepare for a lifetime of singing. He is also part of the core faculty teaching private voice and vocal pedagogy at BroadwayEvolved, a training intensive for students and educators founded by Broadway star Betsy Wolfe. In addition to his position at NYU Steinhardt, he also currently serves as the head of voice and music at CAP21/Molloy College and is an adjunct instructor of voice in the BFA Musical Theater program at Pace University.

A lifelong learner and self-professed voice “nerd,” Chris has been mentored and supervised by voice specialists Dr. Jeanne Goffi-Fynn and Richard Lissemore at Columbia University. He has also been an associate teacher for Mike Ruckles Voice Studio since 2016. He has also participated in the NATS NYC Mentor Teacher Program, where he had the opportunity to work with and learn from notable musical theater pedagogues such as Mary Saunders-Barton. He has continued his education at the Singing Voice Science and Pedagogy Workshop, The Vocal Pedagogy Professional Workshop (Boston Conservatory), and The New CCM Vocal Pedagogy Institute (Shenandoah University). His research interests include comparative vocal pedagogy, voice teacher preparation and mentorship, assessment in the applied voice studio, and perception of aesthetics and vocal quality.

As an educator, Chris believes in a student-centered approach to teaching and strives to honor the diversity that each student brings into the voice studio by prioritizing critical thinking, student agency, and creativity and problem-solving in the voice studio. Above all, Chris strives to learn something new about the voice every day.