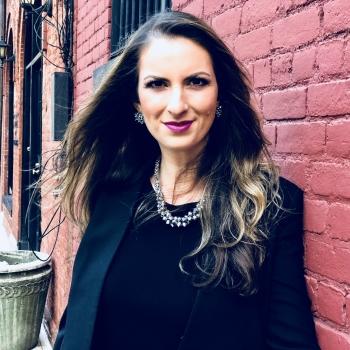 Ana Flavia Zuim is a multi-award-winning musical director/conductor and an accomplished pianist, singing health specialist, and electric bassist. She has been serving as Director of Vocal Performance at NYU Steinhardt since 2016. A native of Brazil, she moved to the USA in 2003 after completing her bachelor's degree in music at State University of Londrina (UEL). She now holds a master's in piano performance (Lynn University, 2006); a doctorate, PhD in Fine and Performing Arts (Florida Atlantic University, 2012); and a Vocology certification (University of Utah, 2015).

Prior to joining the NYU faculty, Dr. Zuim served as Director of Contemporary Voice at the Frost School of Music with a secondary appointment as Lecturer of Otolaryngology at the Miller School of Medicine, University of Miami. Her previous experience with contemporary voice and vocal health equipped her to launch a new concentration in contemporary voice at NYU in the Fall of 2020.

Interested in the intricacy of the vocal mechanism, she serves as an active researcher and is a member of NATS (National Association of Teachers of Singing) and the Musician's Union as well as PAVA (Pan-American Vocology Association), for which she serves as Latin American Governor since 2018, being re-elected to serve a second term in 2020. Her research focuses on vocal health, singer’s perception of vocal function, and dosimetry as well as vocal pedagogy and CCM (Contemporary Commercial Music) styles. She has also collaborated with the Nutrition and Food Studies Department at Steinhardt on a study of diet quality and physical activity patterns of musical theatre performers.

Among her credits are the Broadway musical Hamilton (Rehearsal Pianist – 2016-present), the Broadway Across America tours of Billy Elliot (Associate Conductor/Vocal Coach), Joseph and the Amazing Technicolor Dreamcoat (Keys), Matilda (Keys), Kinky Boots (Keys), The Wizard of Oz (Keys), Annie (Keys), and The Sound of Music (Keys). She has also music directed Billy Elliot at The Ogunquit Playhouse (2014), for which she received an IRNE Award for best musical direction in 2015, and the Maltz Jupiter Theater (2015), for which she was nominated for a Carbonell Award (2016). Ana Flavia was one of the recipients of The American Prize award for conducting Anything Goes with the NYU Broadway Orchestra (2020) and is currently a finalist for The American Prize award for conducting City of Angels (2021).

Having learned to speak English after the age of 23, Ana Flavia developed a keen interest in the prosody of the language as well as vocal acoustics, taking into account foreign accents. Her doctoral dissertation, entitled “Speech Inflection in American Musical Theatre Compositions,” had the collaboration of renowned composers such as Alan Menken, Stephen Flaherty, Larry O’Keefe, Libby Larsen, and John Buccino, among others. In addition to presenting on this topic, Ana Flavia has conducted seminars on vocal diversity as well as vocal health and vocal acoustics. The knowledge of voice science and acoustics acquired during her career, combined with her passion for languages, recently paved the way for serving as an expert witness in forensic voice analysis.