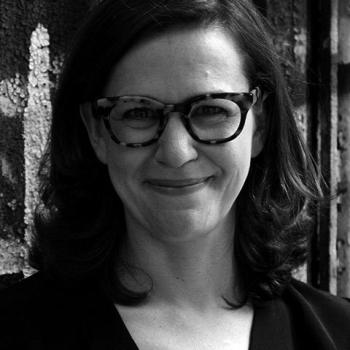 Amy studies the frictions between art and business and proposes new structures to support economic sustainability for artists. Stemming from Amy's longstanding engagement in the social practice of teaching business to artists, this research has contributed new methods of art market analysis that center artists and archival materials. These structures, in turn, inform policies of economic redistribution in democratic societies. Amy has developed new models of fractional equity in art which rely on blockchain technologies.

Amy's peer-reviewed articles on fractional equity have appeared in Management Science (with Kräussl) in the "Fast Track" intended for "high-impact research that is of broad interest, analogous to what might appear in Science, Nature, or PNAS", as well as in Journal of Cultural Economics, Curator: The Museum Journal, American Journal of Cultural Sociology, Journal of Contemporary Archival Studies, Visual Resources, Artivate, the International Journal of Cultural Policy, and Cardozo Arts and Entertainment Law Journal. A leading expert in blockchain, NFTs, and the economics of art, Amy's research and her teaching have been covered in the press including in Time Magazine, The Guardian, Harpers, The Atlantic, the Financial Times, Artnet News, Hyperallergic, Artforum, and The Art Newspaper. Her early work with the artists' cooperative project Trade School was covered in the New York Times and The New Yorker. She was interviewed by TRT World, Turkish television, alongside Vignesh Sundaresan (Metakovan), the purchaser of the record-breaking $69.348 million Beeple NFT sale.

Amy's first book, Museum Legs, was reviewed in Curator: The Museum Journal and selected as the common read for the Rhode Island School of Design in 2010, where Amy gave the first year orientation keynote. Her second book Art Thinking received the Axiom silver medal award in the creativity and innovation category. Amy has given related talks nationally and internationally including at the Aspen Ideas Festival, Meaning Conference (Brighton, UK), and The Conference (Malmö, Sweden). She has spoken at numerous universities including as part of the Athenaeum Lecture Series at Claremont University and to give the annual Teske Lecture at the University of Minnesota Duluth. Art Thinking has been translated into Mandarin, Japanese, Korean, and Czech. Amy's third book, Economics of Visual Art: Market Practice and Market Resistance, is published by Cambridge University Press in September 2021.

A frequent essayist and commentator outside of academia, Amy is a past recipient of the Sarah Verdone Writing Award from the Lower Manhattan Cultural Council. She is also past president of the Professional Association for Women in the Arts and member of the Association of Arts Administration Educators Diversity and Inclusion Taskforce. She has taught previously at Williams College, the School of Visual Arts, RISD, California College of the Arts (in the pioneering design strategy MBA), and the Sotheby's Institute. Before entering academia, she worked for the Guggenheim, the Museum of Modern Art, and the Tate, as well as for the artist Jenny Holzer and the investment firms D.E. Shaw & Co., L.P. and Locus Analytics.

Amy holds a PhD in political economy from Goldsmiths, University of London, as well as an MBA from Yale and an MFA from the Slade School of Fine Art. Amy's first degree is from Williams College where she received the Krouse Prize in political science and the college-wide Hutchins Prize for character and citizenship. Trained as a painter, Amy has exhibited works in the U.S. and U.K. and her prints, drawings, and photographs are held in a number of private collections and in the Tate Gallery papers.

Partnership Strategies for Creative Placemaking in Teaching Entrepreneurial Artists, Artivate: A Journal of Entrepreneurship in the Arts, vol. 6, no. 2, 23-31 (2017).

Ownership for Artists, in The Social Life of Artistic Property. With Pablo Helguera, Michael Mandiberg, William Powhida, and Caroline Woolard. (2014).

Artists Are Entrepreneurs. We Should Compensate Them Accordingly. Artsy, August 14, 2018. (with contribution from Kräussl).

The Obscure Early Lives of the Artists. The Millions, January 2, 2013. 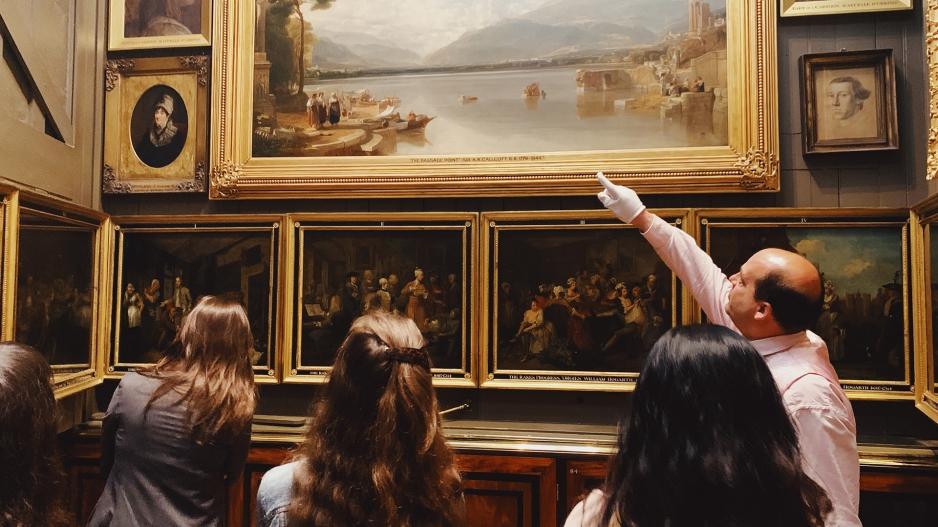