Kim King (MA ’99, Art Education) has been selected as Connecticut’s 2022 Teacher of the Year, the state’s highest recognition for exceptional teachers. King is a K-4 art teacher in Mansfield, Connecticut, at the Southeast Elementary School and the Annie E. Vinton School.

Born in Korea, Kim King grew up with her adopted family in Madison, Connecticut, before attending Syracuse University to study art photography. This profession is what brought her to New York City, where she spent several years working in the photo industry as a first assistant and a studio manager.

“I had a background in fine art photography and printing, and I realized that I wasn’t able to be as creative as I wanted in my day-to-day,” says King. “I looked forward in my career and realized how long I’d have to keep climbing my way up in the industry to get to a point where I’d be happy. It just didn’t feel like the right choice anymore.”

After a brief foray as an editorial assistant for This Old House Magazine, King decided to follow her lifelong enjoyment of working with kids. She began to look at graduate schools in the field of art education.

“I was so fortunate to have NYU in my backyard; Steinhardt felt like such a natural fit,” says King. “I gained such a strong foundation that went beyond just the nuts and bolts of teaching and was so well prepared for becoming an educator.”

During her time at Steinhardt, King also took on a graduate assistantship through NYU’s Metropolitan Center for Research on Equity and the Transformation of Schools.

“I taught reading in a school in the Bronx that was at risk for closure,” recalls King. “I learned so much during that period of time and by working with those students. It became very transformative for me to see the disparity between the students I had taught in affluent areas and those in this school.”

King’s initial inclination was to teach at the high school level, which she did right after graduating from Steinhardt.

“I really enjoy the mentorship piece of teaching, and I was so passionate about art that I was excited to help students build their knowledge and their portfolios for college,” says King. “But I soon discovered what drove my desire to be an educator were the students themselves, and it changed the way I teach. What our students need in the 21st century as learners and leaders is to harness their creativity, to become flexible thinkers who can create multiple solutions to problems.”

As for her Connecticut Teacher of the Year Award, King is honored by its significance.

“This is the first time the state has chosen an art teacher in something like 40 years,” says King. “I think it’s indicative of our growing understanding that in order to provide an equitable education, creativity is the way in. It’s very unifying, it crosses languages and backgrounds and experiences, and it can integrate into any subject. Creativity is a powerful tool.”

Beyond the classroom, King is active in the adult adoptee community, as well as with an organization called Make Us Visible CT, which works to increase visibility by passing legislation to include Asian American and Pacific Islander (AAPI) curriculum in Connecticut schools.

As part of her Teacher of the Year duties throughout 2022, King will speak at various conferences on equity in education, join committees at the government level, and attend Space Camp to meet her fellow winners from states across the U.S. 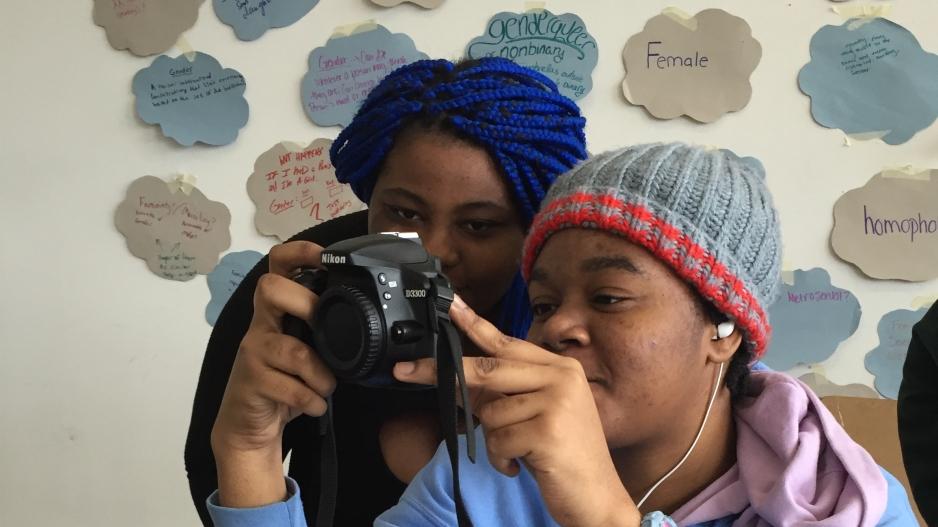 Join our community of artists, educators, and activists in the historic Lower East Side and Greenwich Village⁠ – epicenter of social activism, radical education, and cutting-edge art in New York City!