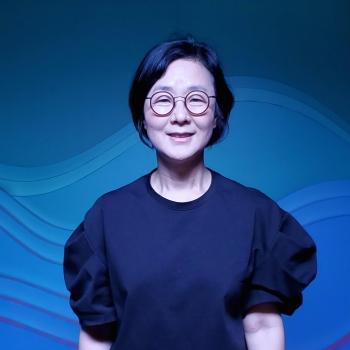 Youngmi Ha is a composer and educator who is on the faculty of the Music Theory and Composition Programs at NYU Steinhardt. Dr. Ha holds a Ph.D. in Music Composition from NYU, where she graduated with honors and received both the Music Department Outstanding Leadership in Graduate Music Composition Award and a commission for a ceremonial composition from the Steinhardt School. Besides, she is the recipient of the 2000 NYU New Faculty Composition Award and the 1997 Roger Phelps Doctoral Research Scholar Award (research on Aaron Copland’s music). She explored the music of American composer Aaron Copland to find compositional and aesthetic ingredients making his music “American,” on her dissertation “A Study of Aaron Copland’s American Style in Rodeo (four dance episodes) in New York University.

Dr. Ha serves as Associate Director and Music Director of the interdisciplinary workshop IMPACT, which she helped to found in 2007. IMPACT (Interactive Multimedia Performing Arts Collaborative Technology) teaches participants from all interest/specialization areas to develop individual awareness and skills in using technology to enhance and extend artistic expression and value.

She also founded the NYU Youth Music Festival in 2015, an annual program promoting new music written for, and performed by, young musicians. The festival focuses on creative collaboration in composition, performance, recording, and musicianship.