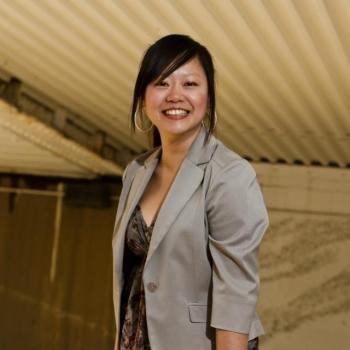 After earning her doctoral degree at the University of Illinois at Urbana-Champaign in 2015, Dr. Chen worked as a teaching artist and assisted band directors throughout the Dallas-Fort Worth Public School Districts from 2015 to 2019. She also served as an adjudicator for the Texas Music Educators Association and the University Interscholastic League under the solo and small ensemble category.

Dr. Chen has over ten years of professional playing and teaching experience with musicians of all ages and backgrounds including her experience as a soloist, chamber music collaborator, and orchestra member. She studied with renowned teachers and was selected to participate in Bang on a Can, The Ensemble Modern & Tokyo Wonder Site, soundscape – Composition and Performance Exchange, STUDIO 300, and Society for Electro-Acoustic Music in the United States. As a member of Sinfonia da Camera, Champaign-Urbana Symphony Orchestra, and Boston Philharmonic Orchestra, she had the opportunity to perform under conductors such as Ian Hobson and Benjamin Zander. While in Taiwan, she also played with the Taipei Philharmonic Symphony Orchestra under Wen-Pin Chien and Li-Pin Cheng at the National Performing Arts Center and Novel Hall for Performing Arts.

In addition to her career as a performer, Dr. Chen has also worked as a recording artist for soundtrack and film music in Taiwan, as well as collaborating with chamber groups and publishing recording albums through Albany Records and Bridge Records.

Dr. Chen is a dedicated pedagogue and educator. Her ultimate goal as a must educator is to create performers, future teachers, and appreciative patrons of the Arts.