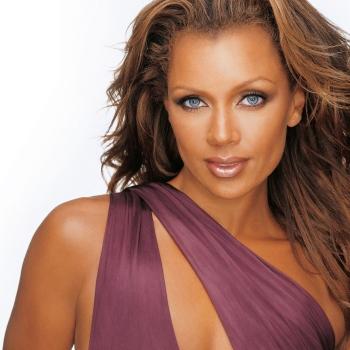 Vanessa Williams is one of the most respected and multi-faceted performers in entertainment today.  She has conquered the musical charts, Broadway, music videos, television and motion pictures.  She has sold millions of albums worldwide and has achieved critical acclaim as an actress on stage, in film and on television.

Her albums “The Right Stuff,” “The Comfort Zone and “The Sweetest Days” earned multiple Grammy nominations and have yielded such classic hits as “Save the Best For Last,” “Dreamin,” “Work To Do,” “Love Is,” the Academy Award-winning single “Colors of the Wind,” from Disney’s “Pocahontas,” and many others.  Her recordings also include two-holiday albums, “Star Bright” and “Silver & Gold,” “Vanessa Williams Greatest Hits: The First Ten Years” and “Everlasting Love,” a romantic collection of love songs from the 1970s.  Concord Records released Vanessa’s, “The Real Thing,” in June 2009, for which she received a NAACP nomination for Outstanding Jazz Artist.

In 1994, Vanessa took Broadway by storm when she replaced Chita Rivera in “Kiss of the Spider Woman,” winning the hearts of critics and becoming a box-office sensation.  In 2002 she garnered rave reviews and was nominated for a Tony Award for her performance as the Witch in the revival of “Into the Woods.”  She also headlined a limited special engagement of the classic, “Carmen Jones,” at the Kennedy Center and starred in the Encore! series staged concert production of “St. Louis Woman.” After appearing on stage in Stephen Sondheim & James Lapine’s “Sondheim on Sondheim,” an original Broadway musical that ran in the spring of 2010 at The Roundabout Theatre, Vanessa returned to the stage in 2013 where she starred alongside Cicely Tyson as Jessie Mae Watts, the self-involved daughter-in-law to Tyson’s Mother Watts, an elderly widow wishing to revisit her home town, in the Tony-nominated play, “The Trip to Bountiful.” In early 2014, Vanessa reprised her role as Jessie Mae for Lifetime’s television adaptation of the Horton Foote classic during Black History Month.

Vanessa made her film debut in 1986 in “Under the Gun” and has starred in features such as “Eraser,” “Hoodlum,” “Soul Food,” “Dance With Me,” “Light It Up,” “Shaft” and “Johnson Family Vacation.” More recently, her film credits have come to include the independent features, “My Brother,” “Somebody Like You” and Disney’s feature film, “Hannah Montana: The Movie.” Vanessa was last seen on the screen in Tyler Perry’s “Temptation: Confessions of a Marriage Counselor.”

On television, Vanessa has starred in such movies and mini-series as “Stompin’ at the Savoy,” “The Boy Who Loved Christmas,” “The Jacksons: An American Dream,” ABC’s revival of “Bye, Bye Birdie,” “Nothing Lasts Forever,” “The Odyssey,” “Don Quixote” and “Keep the Faith, Baby.” She executive produced and starred in Lifetime’s “The Courage to Love” for Lifetime and the VH1 Original Movie, “A Diva’s Christmas Carol.”  Vanessa starred in ABC’s critically-acclaimed hit series, “Ugly Betty,” earning three Emmy nominations as the deliciously wicked Wilhelmina Slater, in addition to numerous individual and ensemble awards and nominations, including SAG, Golden Globes and NAACP Image Awards. She received an Emmy nomination for her voice-over performance in the 2009 PBS series, “Mama Mirabelle Home Movies.  In 2010, she moved to Wisteria Lane to stir things up as the newest resident on ABC’s long-running hit, “Desperate Housewives,” winning an NAACP Image Award helping to carry the show to the end of its 8-year run in 2012. Vanessa played Olivia, the stylish wife of the devilish Gavin (Terry O’Quinn) in the ABC supernatural drama “666 Park Avenue” and recently guest-starred on “Royal Pains,” “The Good Wife” and “Broad City.” Vanessa will have a character arch in the third season of “The Librarians” on TNT and will star in the upcoming scripted drama series “Daytime Divas,” based off of Star Jones’ book “Satan’s Sisters,” airing on VH1 in 2017.

In April 2012, Vanessa and her mother Helen landed on the New York Times Best Seller list with their acclaimed memoir You Have No Idea: A Famous Daughter, Her No-Nonsense Mother, and How They Survived Pageants, Hollywood, Love, Loss (and Each Other).  The book brought readers on the personal journey of Vanessa’s life – told for the first time from her perspective and with the wisdom and frankness of her mother, the firecracker Miss Helen.

At the beginning of 2016, Vanessa launched V. by Vanessa Williams, an exclusive collection of comfortable, mix-and-match pieces available exclusively at EVINE Live. The line features interpretations of personal pieces from Vanessa’s own wardrobe in a combination of timeless, flowing silhouettes, feminine patterns, and luxurious fabrics.

In 2007, Vanessa achieved a career pinnacle, with a star on the Hollywood Walk of Fame for her accomplishments as a performer. In December 2010, the International Foreign Press Academy named Vanessa as the recipient of the 2010 Mary Pickford Award For Outstanding Artistic Contribution to the Entertainment Industry. The award honors her international achievements and success in film, television, stage, and recording over the past 28 years. Her charitable endeavors are many and varied, embracing and supporting such organizations as Special Olympics, The Eye Bank, and many others.