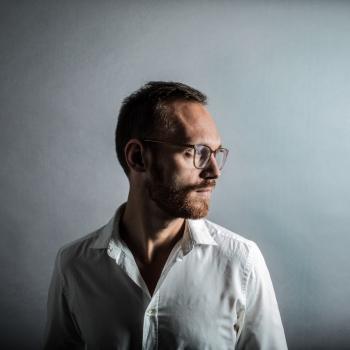 Saxophonist/composer Timo Vollbrecht has been an active member of New York’s artistic community since 2010 when he left Berlin’s progressive music scene. A musician with a wide range of interests, he combines jazz with elements of new music, post-rock, electronics, and instrumental songwriting. He has appeared on 22 albums and on landmark stages such as the Village Vanguard, Winter Jazz Fest NYC, and Jazz at Lincoln Center. Aside from performing with Branford Marsalis, Ben Monder, Theo Bleckmann, Kenny Werner, and Drew Gress, he is also a prolific bandleader who has toured over 30 countries.

His latest recordings, Fly Magic (2016) and Faces in Places (2018), have gained international acclaim, were both the featured “Jazz Album of the Week” on NDR Radio, and appeared on some of the most influential online playlists, including Spotify’s State of Jazz. The NYC Jazz Record has described Timo as a “luminously-fine” saxophonist whose music is “blessed with rhythmic fluidity and intricate twists.” As a composer, he has written a string quartet for the NYC-based JACK Quartet, worked with contemporary dance, and composed for film and VR-videography.

Vollbrecht also uses his insight as a practitioner to conduct scholarly research. He holds a PhD from NYU Steinhardt for which he did his dissertation “Manfred Eicher, ECM Records: An Analysis of the Producer as Auteur,” an in vivo case study that examines the collaborative work in the recording studio. During fifteen months of ethnographic fieldwork in Europe and the US, he observed Eicher produce albums with Joe Lovano, Ralph Alessi, Ravi Coltrane, and others. His study portrays the producer as an improviser whose ‘instrument’ is the studio. It unearths his ingenious influence on the artistic product through auteurism and profound musical expertise.