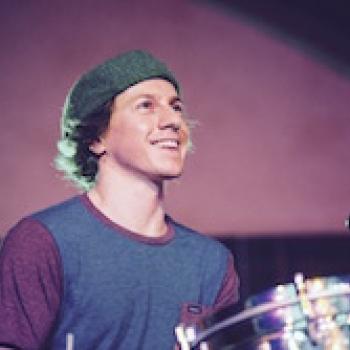 Tim Keiper is a Brooklyn based drummer/percussionist. His interest in jazz and world music has led him to tour and record with such diverse artists as David Byrne, Cyro Baptista, Salif Keita, John Zorn, Vieux Farka Touré, Matisyahu, and Dirty Projectors.

Born in Red Bank, NJ, Tim moved to New York City in 1999 where he was introduced to the downtown music scene as well as to music from all over the world. This time was the beginning of an ongoing pursuit to embrace a wide variety of cultural and musical traditions and to assimilate them into his own style. His work has given him the opportunity to travel to and study in Brazil, Mali, and India.

Since 1999, Tim has been working with Brazilian percussionist Cyro Baptista in his groups Beat the Donkey, Banquet of the Spirits, and Vira Loucos. In 2005, he joined the band of Malian guitarist Vieux Farka Touré with whom he has performed at the Festival in the Desert in Timbuktu and recorded on Ali Farka Touré’s Grammy-winning release, Ali and Toumani. Tim spent 2018 touring with David Byrne’s highly acclaimed American Utopia world tour, which has been described as Byrne’s most ambitious show since Stop Making Sense. Tim leads his own band, Eclipticalia, influenced by the sounds of NYC, Timbuktu, and outer space.

Tim Keiper has been on the Steinhardt Jazz Faculty since 2015.