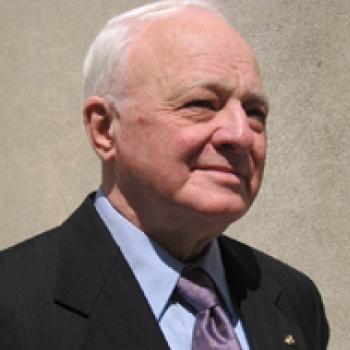 Terence P. Moran is Professor of Media Ecology in the Department of Media,Culture, and Communication at New York University, where he has taught since 1967. In 1970, he co-founded the graduate programs in Media Ecology, which he directed for over thirty years. In 1985, he was the founding director of the undergraduate program. The co-editor (with Neil Postman and Charles Weingartner) of Language in America (1969),the co-author (with Eugene Secunda) of Selling War to America: From the Spanish American War the the Global War on Terror (2007), and the author of Introduction to The History of Communication: Evolutions and Revolutions (2010), he is the author of numerous articles on language, media, and propaganda in both academic and popular publications.He is also a writer and/or producer of documentaries on such diverse subjects as career women in New York City (City Originals: Women Making It Work, 1994), the conflict in Northern Ireland (Sons of Derry, 1993), and the cultural history of McSorley's Old Ale House (McSorley's New York, 1987), for which he shared a New York Area Emmy Award for Outstanding Arts/Cultural/Historical Programming. He has received a Teaching Excellence Award from the Steinhardt School, a Louis Forsdale Award for Outstanding Educator in the Field of Media Ecology from the Media Ecology Association, a special Founder of Media Ecology Award from the New York State Communication Association, and the Christine L. Nystrom Award for Career Achievement in Service to the Field of Media Ecology from the Media Ecology Association.

A son and grandson of Irish immigrants, he is a born-in-Brooklyn native New Yorker who has lived in Greenwich Village since 1966. After dropping out of high school and working for two years, he enlisted in the United States Marine Corps, serving four years on active duty (1955-1959) and two years in the Ready Reserves (1959-61). A rifleman and combat draftsman/illustrator, he was stationed at Parris Island, South Carolina, Camp Lejeune, North Carolina, and Marine Corps Schools, Quantico, Virginia (with a seventeen day assignment to NATO in Paris, France in 1957). Discharged as a sergeant with a Good Conduct Medal and an Expert Rifleman Medal, he later received a Department of Defense Certificate of Recognition for service in the Cold War 2 September-1 December 1991. He returned to Brooklyn and enrolled in New York University in 1960 where he earned his bachelor's degree (cum laude) in 1964, his master's degree in 1965, and his Ph.D. degree in 1971.

In the early 1970, he was a founder of the First Friday, a largely Irish and Irish-American group who meet every first Friday for lunch and talk in sundry Manhattan saloons. In time, a number of writers became regulars or semi-regulars Vincent Dowling, John Gregory Dunne, James T. Farrell, Thomas Flanagan, Thomas Keneally, William Kennedy, Frank and Malachy McCourt, Peter and Tom Quinn, Dennis Smith, and John Patrick Shanley.

Each year on March 17th, he can be found with his beautiful wife, Elise, marching up Fifth Avenue in the St. Patrick's Day Parade. On June 16th, he is a reader for Symphony Space's Bloomsday on Broadway, an annual tribute to James Joyce's Ulysses.

At the end of the day, Moran is proud to be identified by four titles: Irish-American, Native New Yorker, Marine, and Media Ecologist.

A series of analyses of the history, theories, techniques, and results of propaganda in society with special focus on the relationship between interaction (sociological) propaganda and communication in our increasingly technological society; case studies drawn from public relations, commercial advertising, social movements, and the mass media.

This course presents a critical analysis of the development, principles, strategies, media, techniques, and effects of propaganda campaigns from ancient civilizations to modern technological society. The course focuses on propaganda in the context of government, religion, revolution, war, politics, and advertising, and explores implications for the future of propaganda in the cybernetic age.