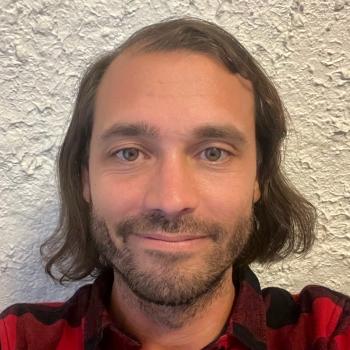 Steven Litt is a Brooklyn-based musical instrument designer and creative technologist. His work seeks to combine new and old technologies and media formats to create new sounds and paradigms for musical expression. He has taught electronics courses in the NYU Steinhardt Music Technology program since 2014. He received his undergraduate degree from Vassar College and a graduate degree from NYU's Interactive Telecommunications Program (ITP).

Since 2009 he has been working under the name Crudlabs. His first major project, The Crudbox, a self-amplified electromechanical step sequencer, won third place at the 2010 Georgia Tech Guthman Musical Instrument Design Competition. The then-novel concept behind this instrument, amplifying robotic percussion using contact microphones to pick up sounds which cannot be heard acoustically, has since become common in electronic music.

In 2015 he released the Crudlabs Crudman, a musical instrument based around a cassette Walkman hacked so its speed can be controlled in musical intervals with MIDI and 1v/octave CV. The success of the Crudman inspired a cottage industry of similar cassette-based instruments, and years later it is still the only such device with the precision to operate as a traditionally melodic musical instrument over several octaves.

Outside of his own projects and research, he has spent time on a wide variety of client projects as a programmer, electrical engineer, and tech consultant. Some highlights include designing printed circuit boards for toy startup littleBits, designing custom electronics and software for Shop Life – an award-winning interactive exhibit at the Lower East Side Tenement Museum – and consulting for vintage synthesizer repair shop The Analog Lab.

His latest project, which will be released in summer 2022, is a microphone which cannot be recorded. He can't say more here, but will happily tell you about it in person.