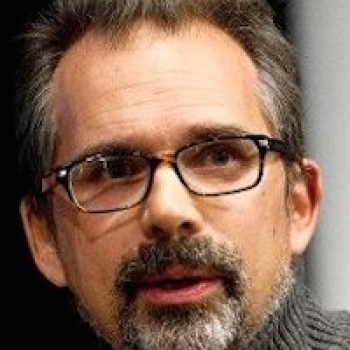 Professor of Media, Culture, and Communication (Steinhardt and Gallatin)

Stephen Duncombe is a Professor at the Gallatin School and the Department of Media, Culture and Communications of New York University where he teaches the history and politics of media. He is the author of Dream: Re-Imagining Progressive Politics in an Age of Fantasy and Notes From Underground: Zines and the Politics of Underground Culture, co-author of The Bobbed Haired Bandit: Crime and Celebrity in 1920s New York, editor of the Cultural Resistance Reader, and co-editor of White Riot: Punk Rock and the Politics of Race. He is the creator of the Open Utopia, an open-access, open-source, web-based edition of Thomas More’s Utopia, and co-created Actipedia.org, a user-generated digital database of creative activism case studies. Duncombe also writes on the intersection of culture and politics for a range of scholarly and popular publications. In 1998, he was awarded the Chancellor’s Award for Excellence in Teaching by the State University of New York, where he taught before coming to New York University, and in 2012 was awarded the Dean’s Award for Excellence in Teaching at Gallatin. Duncombe is a life-long political activist, co-founding a community based advocacy group in the Lower East Side of Manhattan and working as an organizer for the NYC chapter of the international direct action group, Reclaim the Streets. In 2009 he was a Research Associate at the Eyebeam Center for Art and Technology in New York City where he helped organize The College of Tactical Culture. With funding from the Open Societies Foundations he co-created the School for Creative Activism in 2011, and is presently co-director of the Center for Artistic Activism. Duncombe is currently working on a book on the art of propaganda during the New Deal.