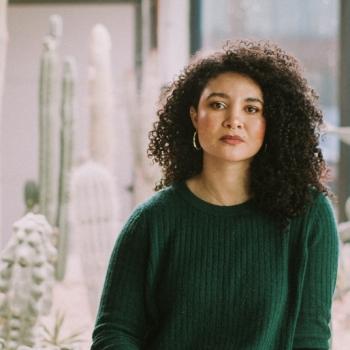 Composer Shelley Washington has emerged as an important and powerful voice of her generation. With an eclectic palette that draws from classical, jazz, rock, American folk, and other contemporary musical spaces, Washington seeks to tell memorable sonic stories that comment on current and past social narratives, both personal and observed. Her music explores emotions and intentions, incorporating intricate rhythms to encourage layered listening through grooves, melody, and harmony. In addition, she addresses social injustices in the hope of creating a public dialogue.

Shelley Washington’s music has been performed across the United States and beyond. Upcoming projects include a new concerto for Eighth Blackbird and the Cincinnati Symphony, as well as a new work for the Los Angeles Chamber Orchestra. Recent projects include a commission from the Chicago Symphony Orchestra to arrange Julius Eastman’s Joy Boy, premiered in spring 2019, and a new recording of a chamber version of Joy Boy for wild UP new music for their upcoming album, Eastman vol. 2: Stay On It.

Her string quartet, MIDDLEGROUND, was included on PUBLIQuartet’s Grammy-nominated album, Freedom, and Faith, released in 2019. Other notable recent premieres include her multi-movement suite, UNIFORMS, for Bearthoven at Le Poisson Rouge, her electric guitar quartet, The Workers’ Dreadnought, at National Sawdust, and a work for solo cello and kick drum, Seething, for Amanda Gookin performed at The Wallis in Los Angeles and the Park Avenue Armory in New York City.

Washington is a founding member of the composer collective Kinds of Kings, which held a residency at National Sawdust this past year. She currently holds a fellowship from Princeton University and received degrees from NYU Steinhardt (MM) and Truman State University (BA, MA.) Her primary teachers have been Julia Wolfe, Caroline Shaw, and Joseph Church. As an educator, she has taught with the New York Philharmonic Very Young Composers program and the Young Composers and Improvisers Workshop. In addition, she served as Artistic Director for the Noel Pointer Foundation, where she created new opportunities for music composition.

Washington is an active performer and collaborator. She has recently performed and recorded with Wild Up, Justin Vernon of Bon Iver, Pieta Brown, and the 37d03d Collective. Washington is also vocalist, saxophonist, and arranger in her Brooklyn-based band, Good Looking Friends.