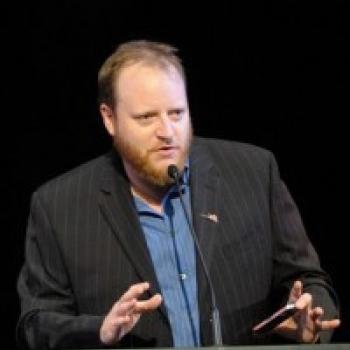 Sam Howard-Spink PhD is Clinical Associate Professor of Music Business in NYU Steinhardt's Department of Music and Performing Arts Professions. His teaching and research interests are in the political-economic systems of international music and interactive media cultures, industries, and human agencies.

Emerging Models and Markets for Music (EM3), the title of the graduate course Sam designed and teaches at NYU, covers hybrid business models for music, and the major emerging economies of Brazil and Latin America, India, Nigeria and Pan-Africa, and South East Asia including China, Japan, and South Korea. In the undergraduate Music Business Program, Sam teaches International Music Marketplace covering similar topics; and Interactive, Internet, and Mobile Music, a smaller discussion-oriented class that surveys all forms of digital/networked/analog distribution and music engagement. In addition to EM3 — also offered as a January intensive course in Rio de Janeiro every other year — he co-teaches the graduate class Environment of the Music Industry, and supervises the Masters' students capstone Colloquy projects. Sam joined the Music Business faculty in 2008, and was awarded the MPAP department's Teacher Of The Year in 2009.

A Londoner by birth, Sam was a news and music business reporter and editor in the UK and Hong Kong before moving to New York in 1999. He has a BS in Psychology from the University of Bristol in the UK; an MA in Communications from Hunter College CUNY; and completed his PhD at NYU's Department of Media, Culture and Communication in 2012. His dissertation is a comparative study of the music markets and copyright/piracy regimes of Brazil, Canada, and the United States, examined through the critical theoretical lenses of Cultural Hybridization, Network Information Economics, and Modern Social Imaginaries. Related research interests include novel recording industry music consumption indicator systems; national and supranational music, cultural, and copyright policies; media piracy and information rights social movements; cultural and economic hybridization, glocalization, cosmopolitanism, and Music Cities; remix/mashup theory and practice; and video games, VR/AR/MR, holographics, and other emergent interactive media involving music.

Sam has written for, among others, Music Week, Music & Copyright, The Guerrilla Guide to the Music Industry, The South China Morning Post in Hong Kong, IBM Think Research and openDemocracy.net, and has published academic articles in First Monday and in Portuguese translation in Brazil. He has spoken on panels or given talks at South By South West, the Audio Engineering Society, CMJ, the Brazilian Studies Association, and SOAS in London. In 2009, Sam curated CMJ PLAY, a one-day conference on business opportunities for musicians in the interactive, mobile apps, and gaming sectors.

Research in 2018 included a funded study of recent changes to US recording industry indicators and metrics, such as Stream Equivalent Albums, and their wider musical, cultural, and political-economic implications. Work on music listening, consumption, and engagement in the first decades of the 21st Century is in development.

Sam is a member of the Samba New York! Bateria, a former hiphop/scratch DJ, and remains an expert-level Guitar Hero on Xbox.

Business Structure of The Music Industry

Emerging Models and Markets for Music

A survey of post-industrial business models and regional/global markets that will under gird the production and distribution of music and music-related cultural goods and services in the first decades of the 21st century. The course lays out the major theoretical, historical, technological, and socioeconomic threads linking popular music and networked communications systems and media. Mixed contemporary theory with analyses of real-world.

Environment of The Music Industry

An in-depth study of the music entertainment environment and the rapid changes (i.e. technology, acquisitions etc.) affecting the creation, production, business administrations, and professional standards of the industry. Emphasis is placed on expanding markets, new products, future technologies, and planning for the future. A historical overview and case studies are explored.

A survey of contemporary theoretical, technological, and socio-economic structures that link music and participatory/interactive media and entertainment forms. 'Interactive' models in the new music industry include social networks, music search and recommendation engines, personalized Internet radio and streaming, mobile music, live entertainment, and the use of music in video games and smartphone applications. These are examined and contextualized with a view to identifying business opportunities for musical entrepreneurs, creators, fans and facilitators.