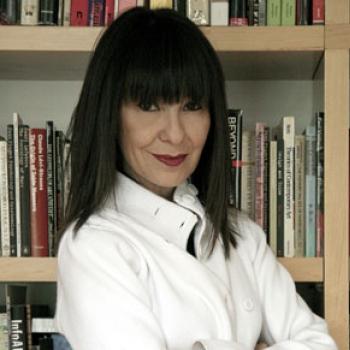 RoseLee Goldberg is an art historian, author, critic and curator. She is the author of Performance Now: Live Art for the Twenty-First Century (Thames & Hudson, 2018) and Performance Art: From Futurism to the Present (Thames & Hudson, 2011), key texts for teaching performance in universities. Throughout her career, Goldberg has established new models for exhibiting modern and contemporary performance and organized exhibitions. As curator at the Kitchen in New York, she presented works by Laurie Anderson, Phillip Glass, and Meredith Monk, and curated the first solo exhibitions of, Robert Longo, David Salle, and Cindy Sherman. Goldberg has created performance series for the Museum of Modern Art and the Guggenheim Museum, and is a frequent contributor to Artforum. She is the author of Performance: LiveArtSince 1960 (Abrams, 1998), LaurieAnderson (Abrams, 2000) and ShirinNeshat(Charta, 2002). In 2004, Goldberg founded PERFORMA, a non-profit multi-disciplinary arts organization for the research, development, and presentation of 21st Century visual art performance. She received her degree at the Courtauld Institute of Art, University of London.