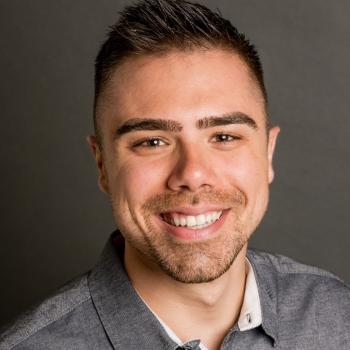 Ronny is an audio designer, composer, and game developer with video game credits in genres including AAA, mobile, and indie. He has also scored short films in a variety of genres that have premiered at film festivals, including The Tribeca Film Festival and Cannes.

Ronny currently works as a senior technical sound designer at Avalanche Studios where he is credited on the AAA open world action game Just Cause 4 as well as the game’s three downloadable content releases: “Dare Devils of Destruction,” “Los Demonios,” and “Danger Rising.” On Just Cause 4, he led the design of the game’s interactive music system as well as the implementation of soundtrack music. His additional responsibilities included audio systems design and optimization, audio scripting, creative sound design, music direction, and music editing.

His work on the interactive music system of Just Cause 4 is featured in the book The Game Music Handbook: A Practical Guide to Creating an Unforgettable Musical Soundscape.

In addition to his work at Avalanche, he has also worked on a number of independent games, including the Grundislav Games narrative adventure Lamplight City for which he was the lead dialogue engineer. He has also held an audio engineer position at the mobile game studio Kabam!, where he contributed to multiple projects.

Ronny speaks about game development, video game audio, and video game music at industry conferences and events around the world. Among other engagements, he has spoken at The Game Developers Conference (GDC), PAX Australia, and The Audio Engineering Society Convention (AES).

Ronny holds a bachelor of music degree in Music Technology from NYU Steinhardt.