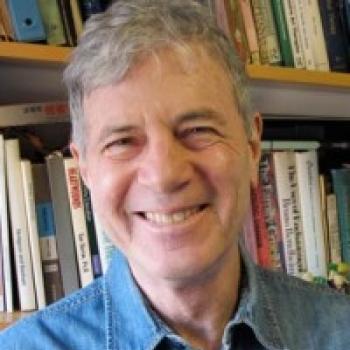 Robert J. Landy, Ph.D., is a Licensed Creative Arts Therapist (LCAT), a Registered Drama Therapist (RDT) and Board Certified Trainer (BCT). A pioneer in the profession of Drama Therapy, he lectures and trains professionals internationally. As a drama therapist, Landy has more than 35 years of clinical experience, having treated children and adults with a wide range of psychiatric, cognitive and adjustment challenges. He has recently worked in prisons, developing programs to treat mentally ill offenders as well as the general population within New York State correctional facilities.

At NYU, Robert is a Professor of Educational Theatre and Applied Psychology and Founding Director of the Drama Therapy Program, which he started in 1984.

As researcher and writer, Robert has published and produced numerous books, articles, films and plays in the fields of Drama, Drama Therapy, Musical Theatre and related topics. He has been featured in the media in the educational CBS-TV series Drama in Education, the award-winning documentary film, Standing Tall, and his own production, Three Approaches to Drama Therapy. His 2008 book The Couch and the Stage: Integrating Words and Action in Psychotherapy examined the relationship between psychotherapy and Drama Therapy. His most recent book (with David Montgomery), Theatre for Change: Education, Social Action, Therapy, examines the relationship between Drama Therapy and applied forms of theatre.

Examination of group dynamics through reading, lecture, discussion, & participation in small experiential groups. Discussion of the processes that occur in the development of groups.