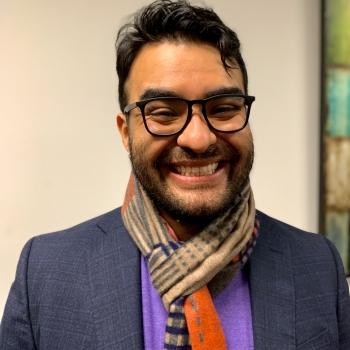 Born and raised in the south Texas borderlands, Ramon Resendiz is a Chicanx Feminist social and critical theory student, turned documentarian. He attended the University of North Texas, where he double majored in anthropology and philosophy, and began his work in visual anthropology, film studies, and environmental & social justice studies. He received a Master of Communication in Indigenous media from the Native Voices program at the University of Washington. He is the co-director of The Wall / El Muro (2017), a film produced with the collaboration of the Lipan Nde’(Apache) Band of Texas, which foregrounds human rights violations perpetrated by the U.S. Department of Homeland Security in the process of building the U.S. Border Fence/Wall of 2006, as well as their tribal history and legacy of cultural survival.

His select publications include: "Colonialism & Imperialism: Indigenous Resistance on the U.S./Mexico Border," published by the Journal of Perspectives on Global Development and Technology, and “Towards a Decolonial Archive: A reflection on the operationalization process of critical transborder documentary production practice” in The Line Crossed Us: New Directions in Critical Border Studies. (Under contract with Athabasca University Press.)

His areas of interest include: Borderlands Studies, Postcolonial & Decolonial Studies, Social & Environmental Justice, and Visuality. Prior to joining the department, he was the Communications Liaison for the Office of Research & Sponsored Programs at Texas Woman’s University, where he assisted nine universities in revising their sexual assault and Title IX policies for federal compliance.