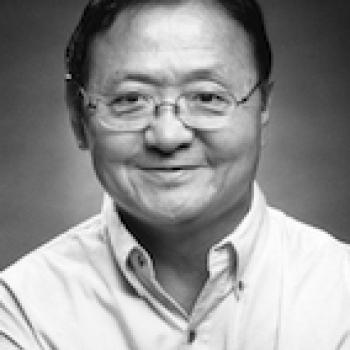 Paul Chihara was the founder and chairman of the UCLA Visual Media graduate program, which is devoted to training composers for film, Broadway musicals, and/or the concert stage. He received his doctorate (DMA) from Cornell University in 1965, and studied in Paris with the renowned pedagogue Nadia Boulanger, as well as with Ernst Pepping in Berlin and Gunther Schuller at Tanglewood. He has been the recipient of many commissions and awards, including The Lili Boulanger Memorial Award (1962), the Naumberg Foundation, the Guggenheim Foundation, the Fulbright Fellowship, the Aaron Copland Fund, and National Endowment for the Arts, as well as from the Boston Symphony Orchestra, the London Symphony Orchestra, the Los Angeles Philharmonic, the New Japan Philharmonic, the Cleveland Orchestra, the Chicago Symphony, Milwaukee Symphony, the New Juilliard Ensemble, Continuum, and the Orpheus Chamber Orchestra. He was composer-in-residence at the San Francisco Ballet from 1973-1986, as well as the first composer-in-residence with the Los Angeles Chamber Orchestra, under Sir Neville Marriner. With Toru Takemitsu, he was composer-in-residence at the Marlboro Festival of 1971. He has orchestrated for Gil Shaham and Orpheus, Live from Lincoln Center. On Broadway, Mr. Chihara served as musical consultant and arranger for Duke Ellington’s Sophisticated Ladies, and was composer for James Clavell’s Shogun, the Musical.

He began his film career scoring Death Race 2000 (1976) for Roger Corman, which starred a very young Sylvester Stallone in his first Hollywood picture. Since then, he has composed scores for more than 100 motion picture films and television shows, including work with directors Sidney Lumet, Louis Malle, Arthur Penn, John Turturro, Michael Richie, and Jacques Cousteau. Among his most well-known scores are Prince of the City, The Morning After (with Jane Fonda), Crossing Delancey, Romance and Cigarettes, Kiki’s Delivery Service (co-composer), and the popular television series China Beach.

Mr. Chihara has been awarded the Composer-of-the-Year by the Classical Recording Foundation in New York, 2008. He is a trustee and frequent composer/orchestrator for the Orpheus Chamber Orchestra. He often lectures at NYU, MIT, Cornell, and the Vermont College of Fine Arts.