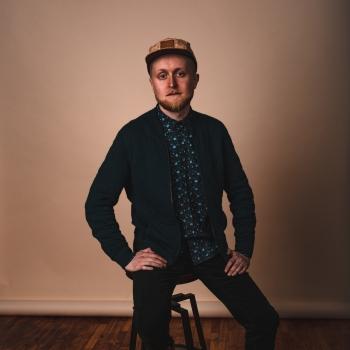 Oskari Nurminen is an award-winning songwriter, composer, producer, and multi-instrumentalist from Helsinki, Finland. His approach and sound are deeply rooted in the classic and timeless melodies of singer-songwriters, like James Taylor, but he never shies away from exploring new musical frontiers, especially, through collaboration.

Oskari has written songs with and for artists from his native Finland, including 90s pop icon Mika Ikonen. In the US, he has worked with artists like Luke Boor of Assemble The Skyline, and he has self-released his work as a singer-songwriter.

As a composer, he recently scored Hullu vuosi 1991, an extensive two-part documentary film, which aired on Yleisradio, the Finnish national broadcasting network, in August 2021. In July 2021, he also joined the accomplished roster of composers at New York City-based independent music library 4 Elements Music.

As a producer and mixing engineer, he has worked with Arturo O’Farrill and the Afro Latin Jazz Orchestra, as well as recent NYU Songwriting graduate Macklin, among others. Most notably, he is listed as assistant producer on ...dreaming in lions… , Arturo O’Farrill’s first album release as a Blue Note recording artist. His accolades as a multi-instrumentalist include collaborations with Sony Music Finland recording artist Jenna Alexa.

As a recent alum, he knows NYU Songwriting inside and out, and he is a strong advocate and example of the community. Oskari combines his NYU work as Adjunct Faculty and Songwriting Coordinator with a variety of other projects in songwriting, composition, music production, and music education.