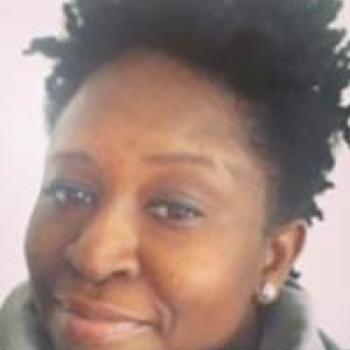 Nija Monét Leocadio is a Brooklyn, NY native, where her immediate family still resides. Her formal education began at home and continued in the NYC Public School system through the 12th grade.She attended Barber-Scotia College, a small liberal arts Historical Black College (HBCU) in Concord, NC Carolina, where she became the first female president of the Student Government Association, as well as involved with The Rotary Club and Greek Life. She graduated with degrees in Elementary Education and Sociology, and worked in the private sector until May 2006. While assessing colleges in North Carolina for her younger sister, Nija was hired as a Residence Hall Director at Saint Augustine’s University) in Raleigh, NC. There, she discovered her passion for working with college-aged students and for the duration of her tenure at St. Aug, Nija advised many organizations including the National Pan-Hellenic Council and Tri-State Club. In 2013, Nija returned to New York, where she received her M. A. in Higher Education and Student Affairs from New York University. During her matriculation, she interned for the Community College Transfer Opportunity Program (CCTOP), a scholarship and assistance program for students transferring from partnering community colleges to Steinhardt. Nija’s work with CCTOP sparked her interest in diversity and access. Currently, she is a graduate student services counselor in the office of Student Affairs at NYU Steinhardt. In this role, she has developed a networking series and professional development workshops which focus on the importance and various strategies of networking. Further, Nija also advises the Graduate Student Organization, a dynamic group of young adults dedicated to being the voice of the graduate community. Helping people is essential to her being, and so she uses this zealous energy to work with college students, of all ages, to discover their passions and live within it.