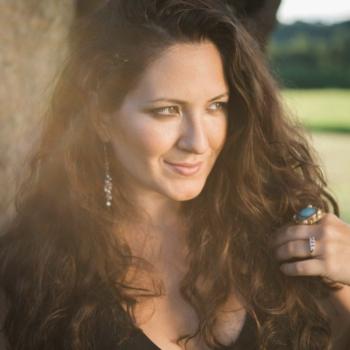 Grammy-nominated New York-based musician Nicole Zuraitis blends clever songwriting skills, an effervescent presence, and dazzling vocals in a consummate package that has thrilled audiences across Manhattan and across the world.

Nicole was nominated with her husband Dan Pugach in the arrangement category at the 61st annual Grammy® Awards for their version of Dolly Parton’s “Jolene.” Connecticut Magazine listed her in their “40 under 40 Class of 2020” and the WOW Forum hosted her as a guest of honor in the fall of 2019. She is the vocalist for the world-famous Birdland Big Band in New York City and her album Hive Mind won Best Jazz Album in the 2018 International Music and Entertainment Awards. In 2016 she won the New York City Songwriting Competition Coffee Music Project, in 2015 was the second runner-up in the Sarah Vaughan International Jazz Vocal Competition, and in 2014 won the Herb Alpert ASCAP Young Composer Award. She's also the People’s Choice and Johnny Mercer Award winner in the National American Traditions Vocal Competition. Her brand-new project, “Generations of Her: Women Songwriters and Lyricists of the last 100 years,” has sold out both the Birdland Theater and the Cell Theater in New York within months of its conception. Nicole has headlined Birdland and the Blue Note (NYC) and maintains residencies at the 55 Bar (every second Thursday of the month), Rockwood Music Hall (with the Dan Pugach Nonet), and Redeye Grill.

While pursuing a career that has spanned jazz, pop, and classical, Nicole has collaborated with Cyrille Aimee, Thana Alexa, Dave Stryker, Livingston Taylor, Tom Chapin, Omar Hakim, Melanie Safka, Helen Sung, and Bernard Purdie. She’s performed at festivals nationwide. In addition to Hive Mind, she has recorded 2013’s Pariah Anthem and 2009’s Spread The Word, both releases featuring the cream of New York’s jazz hierarchy. Her newest album, All Wandering Hearts, will be released in July 2020 on Dot Time Records.

Nicole is a proud faculty member of the Litchfield Jazz Camp. She has taught songwriting and jazz vocal workshops worldwide, including the Swarnabhoomi Academy of Music in India, Israel Embassy, Australian consulate, high school and college workshop residencies, and masterclasses at the New School, University of North Texas, and the Berklee College of Music in Boston. She was featured in a video interview by Columbia News Tonight as "New Yorker of the week" for her work with music and shelter animals and hopes to continue giving back by raising awareness for the mental health stigma.