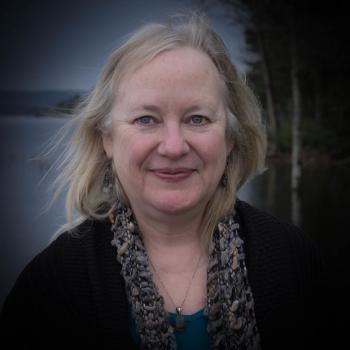 Nancy Smithner, Ph.D, is a director, performer and specialist in physical, devised and community engaged theatre. She has explored multiple genres with large casts in her directing projects, including The Good Soul of Szechuan (Brecht), The Tempest, As You Like It, Macbeth, Love’s Labours Lost, A Midsummer Night’s Dream, Romeo and Juliet (Shakespeare), The Eumenides (Aeschylus), The Imaginary Invalid (Moliere), School for Scandal (Sheridan), The Tales of the Lost Formicans (Constance Congden), Sonia Flew (Melinda Lopez), Mad Forest (Caryl Churchill); Tongues (Sam Shepard); The Memorandum (Vaclav Havel) and Voices of women: women’s stories on culture and identity, with contributions from women solo artists in NYC.

Highlights of Dr. Smithner’s devised work include The Last Rat of Thieresiendstadt, created with Hilary Chaplain, which won the Grand Prize for Best Original Play at the Lalka Też Człowiek Festival of 2018 in Warsaw Poland; A Chance Shadow, created with Spica Wobbe; Provocative Acts: (m)body, a play on perceptions of the body, created with graduate students at NYU, Suddenly there came a tapping: a retelling of the Raven, created with members of her company, the Ensemble of Movement Theatre, with whom she is in the process of devising a new children’s theatre performance work, Beyond the North Wind, with puppetry and shadow play.

Nan has created multiple site specific and environmental theatre works including Hear Them Roar: The Fight for Women’s Rights, a devised play about women’s suffrage in Washington Square Park; A Journey Through Time and Space, devised with middle school students of the Institute of Collaborative Education (ICE) in Stuyvesant Square Park; The Triangle Project, a play about the Triangle Shirtwaist Factory Fire, in Washington Square Park and at the site of the fire; The Poetry Corridor, a collaboration with NYU Advanced Directing Students and middle school students of ICE, in ten floors of the stairwell of the Education Building; Traversing the High Line, devised with 12 NYU graduate students on the High Line in Chelsea; and Evolution, a play created with the inmates of Woodbourne Correctional Facility, staged in a prison gymnasium.

As an applied theatre practitioner, Nan teaches and directs in medium and maximum security prisons with both male and female inmates. She also worked for two decades as a pediatric clown doctor for the Big Apple Circus Clown Care Unit, performing for children in multiple hospitals on pediatric floors and in emergency room clinics, cancer wards as well as intensive care and burn units.

Nan has taught workshops as an international scholar at the Central School of Drama, Beijing and the Shanghai Theatre Academy, China; Incheon Catholic University and Soongsil University, Korea; and Ping Tung University and Shu-Te University, Taiwan. For the Program in Educational Theatre, she has directed numerous study abroad programs in Puerto Rico, Dublin and London, and most recently led the Dean’s Global Honors Seminar in Sydney Australia. She has chaired many international forums for the Program in Educational Theatre including Performance as Activism, Theatre for Public Health, Theatre Pedagogy: teaching the art form, and organized a keynote panel for the Forum on Applied Theatre. Nan has frequently presented at numerous national conferences on her directing and teaching, and is a member of AATE and ATHE and serves as an Educational Consultant to Circle in the Square Theatre School on Broadway.

Advanced Directing is an examination of advanced techniques of directing through the practical directing of scenes, exploration of rehearsal tools for work with actors, and the creation of original staging formats. Innovative directing techniques will be explored, including a study of Naturalism, Realism, Viewpoints, Rasa Boxes, and Expressionistic and Brechtian devices. Students will work towards developing their own directorial voice and performance aesthetics through practical and dynamic use of the theatre space.

Elements of play scripts are analyzed and dramatized. Students cast and rehearse members of of the acting classes in brief scenes performed at workshop meetings on Friday afternoons. Class assignments included.

Drama in Education I

Relationships of theories of dramatic art to general educational principles; present practices and potential of education drama at all levels of instruction. Uses of theatre and drama in education from the Greeks to present day. The history and philosophy of drama in education as they relate to a variety of classroom strategies, including the use of new technologies. The impact of human developmental processes, such as culture, personal safety, and nutrition on learning through theatre and drama. Individualizing instruction to prepare students with special needs for their highest levels of achievement.

Physical Theatre is the study of physical, vocal and improvisational exercises designed to free the creative imagination and develop performance skills. Through the layering of words, sound and movement, students will hone the essential ingredients and tools of the performer's craft. Focus will be on vocal and movement techniques exploring atmosphere, imagery, gesture, isolation, abstraction,timing, rhythm, spatial awareness, character development, mime, body graphics, viewpoints, and the theories of Yakim, Delsarte and Laban. The creation of original material will also be studied.